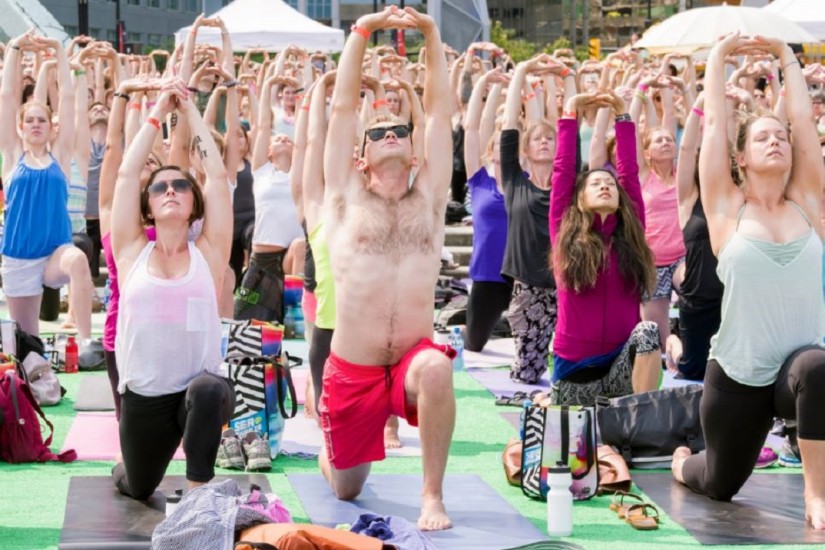 While we don’t often see men in top hats and women in petticoats parading their children on Sundays, parks remain a place to display virtue and discipline: contemporary fitness culture perfectly embodies the nineteenth-century ethos of improvement and discipline.

Victorians were famously averse to physical activity — which was for the proles — and they saw carrying extra weight as a marker of class and respectability. Fitness and sport began to infiltrate middle-class life in the twentieth century, and today serves the same function as the promenade.

This first struck me nine years ago. I was living in Grand Rapids, Michigan, and enjoyed riding my bike as a way to explore an unfamiliar place. One day, I decided to visit East Grand Rapids, a very wealthy suburb, because it has a bike path around Reeds Lake.

Once I arrived, I immediately realized that I was the only person not wearing exercise clothing. This is not to say everyone was exercising — most were out for a stroll, much like their predecessors — but they were dressed for the gym. The other cyclists all wore tight-fitting spandex outfits, as if they were at the starting line of the Tour de France.

These clothes were sending a message: “Make no mistake, we are not walking or riding bikes for transportation. This is exercise.” The wealthy residents of East Grand Rapids had turned a walk in the park into a fitness routine; their athleisure wear proclaimed that this activity was an act of improvement.

Current exercise trends, like hot yoga, spin, and CrossFit, all demonstrate a commitment to self-denial and self-discipline, values much praised by the Victorians. Marathon running has become the ultimate signifier: competitors can post photos on social media to prove to everyone that they have tortured their bodies in a highly virtuous — and not at all kinky — fashion.

This seeps over into everyday activities as well. Trader Joe’s and Whole Foods are filled with people dressed in workout gear with no sweat in sight. This clothing marks its wearers as the type of people who care for their bodies, even when they aren’t exercising. Yoga pants and running shoes display virtue just as clearly as the nineteenth-century wives’ corseted dresses did.

Being fit now indexes class, saturating both fitness and food culture. As calories have become cheaper, obesity has changed from being a sign of wealth to a sign of moral failure. Today, being unhealthy functions as a hallmark of the poor’s cupidity the same way working-class sexual mores were viewed in the nineteenth century.

Both lines of thinking assert that the lower classes cannot control themselves, so they deserve exactly what they have and nothing more.