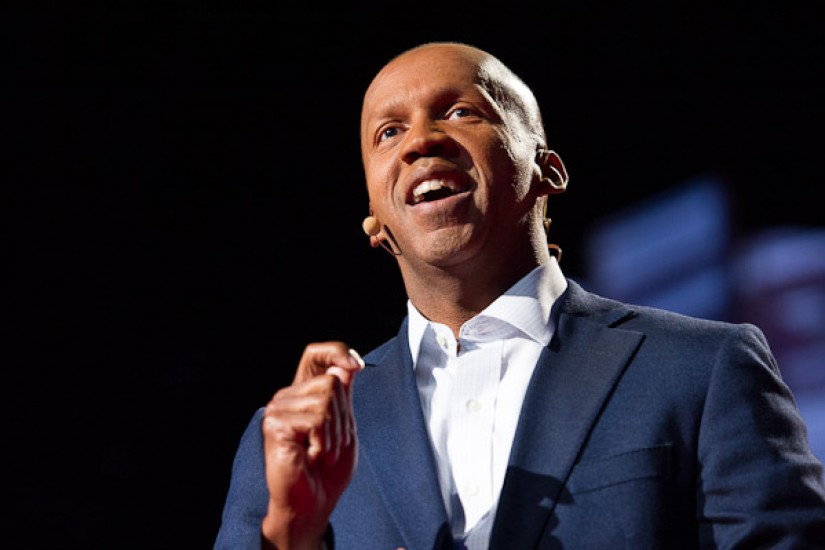 And so we are very confused when we start talking about race in this country because we think that things are “of the past” because we don’t understand what these things really are, that narrative of racial difference that was created during slavery that resulted in terrorism and lynching, that humiliated, belittled and burdened African Americans throughout most of the 20th century. The same narrative of racial difference that got Michael Brown killed, got Eric Garner killed and got Tamir Rice killed. That got these thousands of others — of African Americans — wrongly accused, convicted and condemned. It is the same narrative that has denied opportunities and fair treatment to millions of people of color, and it is the same narrative that supported and led to the executions in Charleston. And the South — to be honest — is a region where we are particularly vulnerable to the way in which this narrative of racial difference still haunts us, and infects our economic, social and political structures, because we have in the South done something worse than silence, we’ve actually created a counter-narrative and invited people to take pride in their southern heritage. We’ve basically minimized the hardships of slavery and extolled its virtues — as if there's any virtue at all to being owned by another human being. We’ve ignored the lynchings and the struggles and the violence and terror that kept people of color from having any opportunities for fairness and equality, and we haven’t really addressed all of the pain and injury that was created by decades of segregation. So, I think we're not going to make progress until that changes.