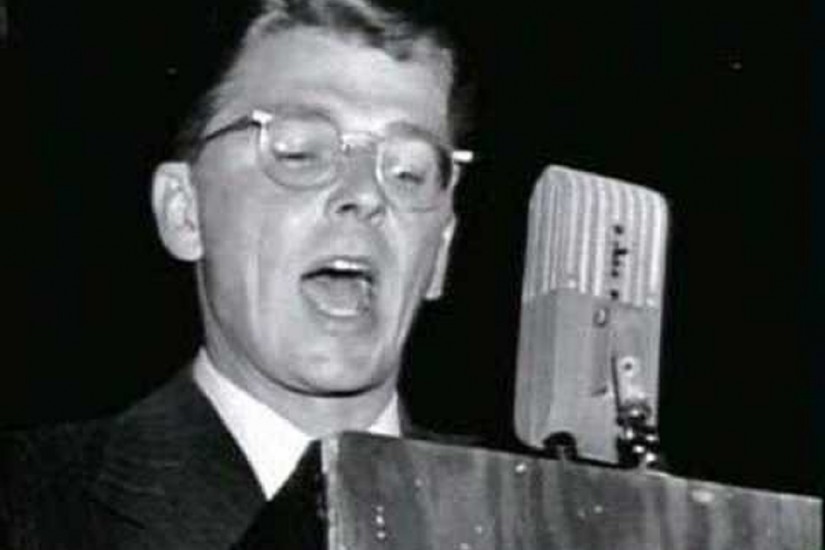 A young Ronald Reagan, then a liberal Democrat, campaigns on the radio for President Truman in 1948.
YouTube

President Jimmy Carter — 60%. Former California Governor Ronald Reagan — 36%. So confident was Carter White House Chief of Staff Hamilton Jordan of the coming year’s presidential election that he boasted: “The American people are not going to elect a seventy-year-old, right-wing, ex-movie actor to be president.” Hamilton Jordan was a smart guy — and he was also wildly wrong. A little less than a year later the American people — ignoring that Gallup poll — elected Ronald Reagan to the presidency in a landslide — in a three-way race. Reagan won 50.8% of the vote to Carter’s 41%. Third party candidate John Anderson, a liberal Republican who had been defeated by Reagan in the GOP primaries, won a mere 6.6% of the vote. Reagan carried 44 states to Carter’s six plus the District of Columbia.

What happened? How could Reagan go from losing a Gallup poll to Carter by 24 points — then winning the actual election by almost 10 points? Answer? The emergence of what would become known to political history as “the Reagan Democrats.” Who were they? Blue collar, working class, largely Catholic and ethnic, they originally emerged in Richard Nixon’s 1968 and 1972 elections. In which Nixon referred to them as the “Silent Majority.” In 1980, angered by Carter’s handling of the economy, the feckless handling of the Iran hostage crisis, and the left-wing tilt of the Democrats, these voters — many of whom had voted for John F. Kennedy twenty years earlier — returned with a vengeance. Famously, Macomb County, Michigan, which cast 63% of its vote for JFK in 1960, turned around in 1980 and voted 66% for Reagan.

On Tuesday night of this week, Donald Trump appeared in Birch Run, Michigan in Saginaw County. Here’s the headline from the Detroit Free Press:

A lovefest for Donald Trump in Birch Run

BIRCH RUN, Mich. — Addressing about 2,000 very enthusiastic people at the Birch Run Expo Center, Republican presidential candidate Donald Trump touched on everything from immigration, China, the military, Obamacare and his Republican opponents. The crowd, some coming from outside of Michigan, ate it up, giving him frequent standing ovations and breaking into chants of “Trump, Trump, Trump!” and “U.S.A, U.S.A.”

The obvious question. Are Reagan Democrats returning to the center of the American political scene — this time known as Trump Democrats?