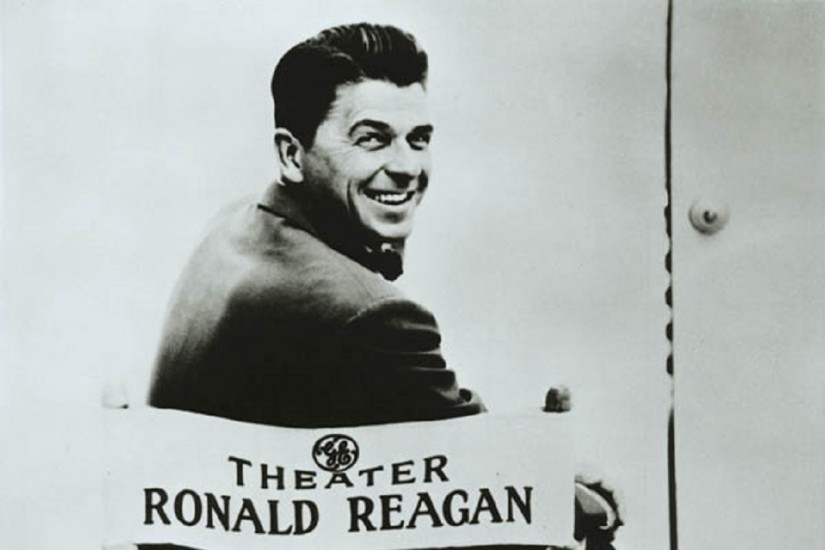 “Politics in the United States has always been a performance art,” writes Tim Raphael in his analysis of the branding and image-crafting that now dominate our political system. Throughout his eight years as president, Ronald Reagan had much more positive poll numbers (60-70%) as a person than did his actual policies (40%). Raphael attributes Reagan’s success to the potent combination of advertising, public relations, and a television in every home. (There were 14,000 TVs in America in 1947; by 1954, 32 million; by 1962, 90% of American homes plugged in.)

FDR had used radio. Eisenhower experimented with television. JFK famously looked better on television than Nixon. Nixon introduced the White House Office of Communications, “staffed by PR, advertising, and media professionals” and “institutionalized television as the principle technology for governance.” But Reagan was the apotheosis of all this, “not only a product of and a salesman for” what Raphael calls the Consumer Republic, but a living representative of it, first as Governor of California and then U.S. President.

Raphael sees the partnership between Reagan, General Electric, and television as “a pivotal moment in the relationship between corporate capitalism, popular culture, and electronic media.” Reagan was the host of General Electric Television Theater on CBS from 1954-1962. The show’s first year, before Reagan, had not been a success, but he pulled it up to first place in its Sunday night time slot: “The washed up film actor was an instant TV star.”

And, Raphael argues, the first reality star: the Reagans opened up their new home to GE’s cameras as it was being outfitted by the corporation for “total electric living.” Ronald, Nancy, and four-year-old Patti were TV’s “first all-electric family” with “electric servants” making magic as the folks at home watched and dreamed of the good life as seen on television.