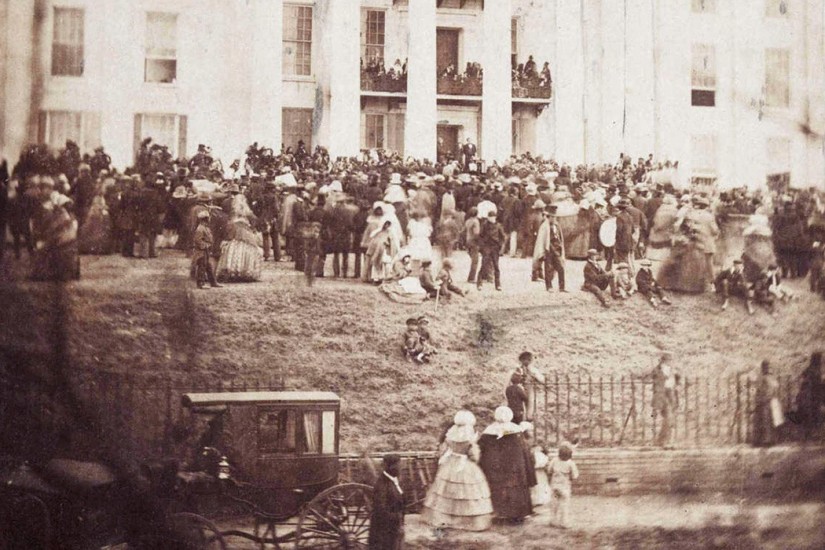 A Southern governor has proclaimed April to be Confederate Heritage Month, reigniting debate about whether it’s okay to celebrate a secessionist movement predicated on the importance of owning slaves. How old is Confederate Heritage or History Month? Not as old as you might think, writes Carl R. Weinberg.

“The origin of this practice is surprisingly recent,” writes Weinberg. He tracks the history of the month in Virginia, where Governor George Allen, a Republican, declared a commemorative month in 1995, calling the Civil War “a four-year struggle for independence and sovereign rights.” But while Allen’s proclamation—and the three years of proclamations that followed—earned applause among Confederate legacy groups, it was met with outrage by others in the state. As Weinberg explains, Allen’s refusal to name slavery as a reason for the Civil War was protested by civil rights groups, and in 1997 he formally apologized.

Allen left office that next year, and his Republican successor, James S. Gilmore III, continued the practice. Initially, Gilmore acknowledged slavery as a cause of the war, but simultaneously praised the Confederacy’s “heroic” struggle. Despite NAACP threats to boycott Virginia, he continued the practice—then abruptly abandoned the month in favor of a tribute to “all Virginians.”

But Virginia’s Confederate history crisis wasn’t over yet. When Robert F. McDonnell took office in 2010, writes Weinberg, he made good on a campaign promise to the Sons of Confederate Veterans, a group of Confederate veterans’ descendants that is perhaps best known for its long campaign to get the Confederate flag on Virginia license plates. (At first they succeeded after a long court battle, but in 2015, on the heels of the shooting at the First Emanuel AME Church, they were removed from circulation. The battle over the license plates is still being fought today.) McDonnell’s 2010 proclamation reviving the memorial month didn’t include a mention of slavery—and only revised the proclamation after civil rights groups vigorously objected.

For Weinberg, the revised proclamation is proof that historical documents should never be taken at face value.