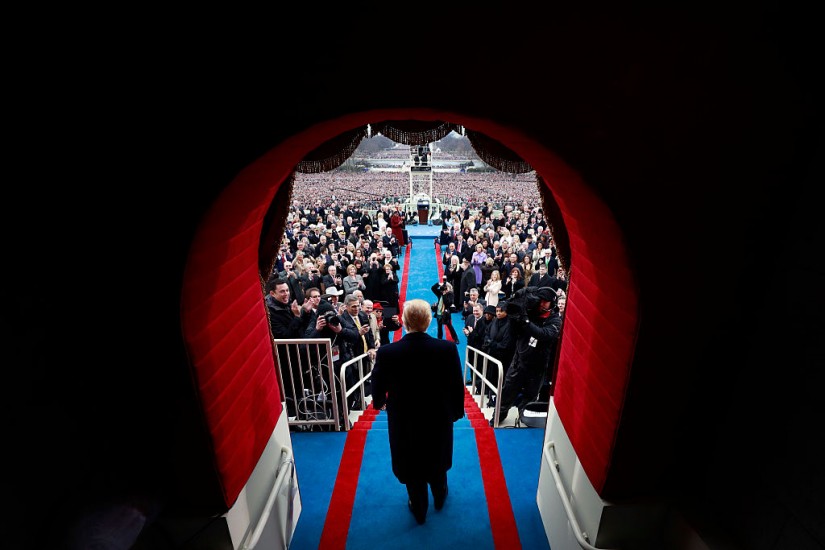 President Trump’s unbridled rhetorical rampage since taking office has stripped the presidency of its moral ambition and authority. He has exacerbated various divisions fraying the country while eroding the shared heritage and vision needed to restore unity and move the country forward—a pattern exhibited in his weekend condemnation of National Football League players and owners. While the president has attacked numerous institutions, one vital democratic tradition in particular has suffered gravely under his administration and stands in need of urgent repair and renewal. While not spelled out in the Constitution, this institution is as important as those that are. This tradition is what unites Americans in a common moral and political enterprise despite their many regional, political, racial, ethnic, and other differences. This year marks fiftieth anniversary of sociologist Robert Bellah’s seminal essay “Civil Religion in America.” The civil religion Bellah first extolled there and engaged throughout his career is needed now more than ever to unify a divided citizenry at home and to restore American leadership in the world.

What is American civil religion? Simply put, it is the moral backbone of our body politic. It is the collective effort to understand the American experience of self-government in light of higher truths and through reference to a shared heritage of beliefs, stories, ideas, symbols, and events. For a country of immigrants and diverse peoples—where national identity is based not upon ethnic or tribal belonging or cultural homogeneity—civil religion provides a shared basis for citizenship. E pluribus unum as the national motto goes. Like traditional religions, it binds people together. Yet this common faith—others have called it a “public moral philosophy”—is decidedly non-sectarian. Civil religion offers a moral vocabulary, not a theology. It blends Hebraic and Christian notions of calling, piety, and accountability with republican ideas of virtue, self-government, and natural rights. It is one part Jeremiah, one part Madison. Bellah’s canon includes Winthrop’s Arbella (“city upon a hill”) sermon, Jefferson’s Declaration of Independence, Thoreau’s defense of civil disobedience, Lincoln’s Gettysburg Address, and King’s Letter from a Birmingham Jail. Yet, the canon also remains open to new or undiscovered sources that strengthen the moral and spiritual ideals of the republic—as Philip Gorski’s new history of civil religion, American Covenant, reveals through figures such as Jane Addams, Reinhold Niebuhr, and John Courtney Murray.