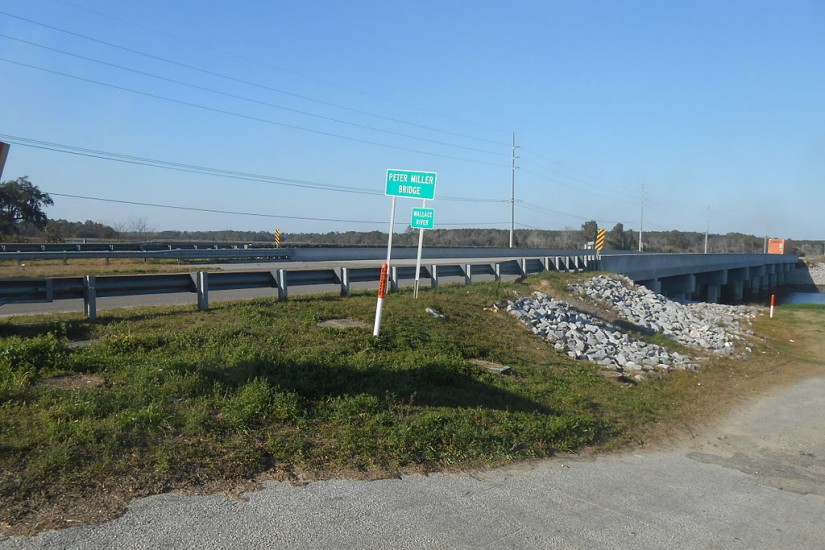 The site of the Stono rebellion off of South Carolina's Highway 17.
Wikimedia Commons

The slaves met on a Sunday morning, close to the Stono river. Plantation owners tended to go to church on Sundays, and would leave them unattended.

A man named Jemmy had gathered them together. Described in reports as an “Angolan” who could read and write, Jemmy had talked the men through his plan the night before.

There were about 20 men in total. They marched to Hutchenson’s Store, 14 miles west of Charleston, South Carolina, and killed two white men. They then loaded up on pistols and gunpowder, and headed south.

Jemmy was leading them towards the then-Spanish territory of Florida, where he had heard slaves could live as free men.

The men marched from the store to a house belonging to a white man named Godfrey. They burned the house to the ground and killed Godfrey, his wife, and his son and daughter.

When the slaves arrived at the home of a man called Lemy they killed him, his wife, and their child. They did spare a man named Wallace, who owned a tavern. He was considered a kind slave owner. But every other home they passed they torched.

It was 9 September 1739, and Jemmy was leading what became known as the Stono rebellion – one of the largest slave uprisings in what was then the North American colonies.

The men would not make it to Florida. They wouldn’t even come close.

In the 1700s, and on through the 1800s, Charleston was one of the most prominent hubs for the slave trade in North America. At one point 35-40% of slaves entered the US through the city, and it served as a base for trading slaves once they had arrived.

But walk around Charleston today and the most visible monuments and memorials are not to people like Jemmy and his Stono rebels. The major monuments are to the Confederate leaders who declared their secession from the United States and fought a war over their right to own slaves.