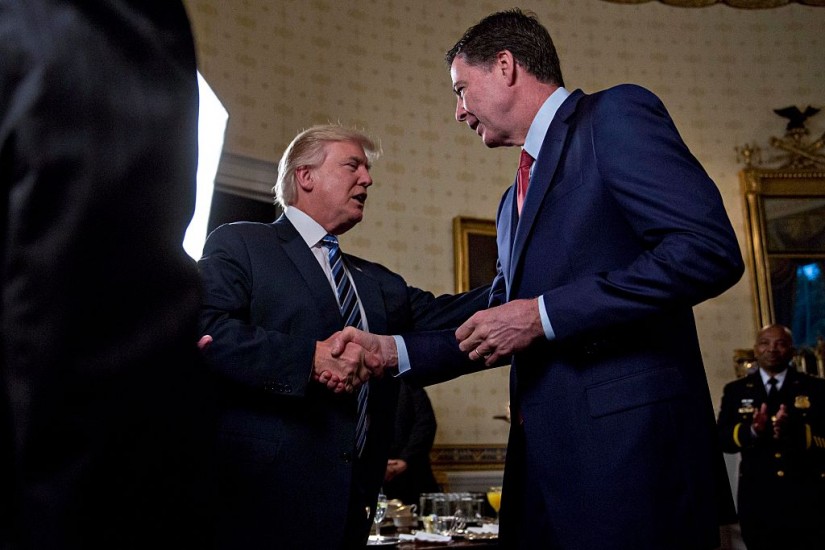 “It’s going to be Trumpgate, it’s going to be Comeygate, it’s going to be FBI-gate, it’s going to be something-gate,” The Washington Post’s Bob Woodward crowed last week, the day after President Donald Trump fired FBI Director James Comey. He just might be right. Senator Ed Markey, a Massachusetts Democrat, warned CNN viewers that the scandal could soon “turn into Russiagate”—a term employed by CNBC, Newsweek, Foreign Policy, HuffPost, and Politico. Meanwhile, Vanity Fair, Investor’s Business Daily, Mediaite, and AlterNet have referred to it as Comeygate. Some, like the Los Angeles Times, are using both -gates. (FBI-gate, it should be noted, has not become a thing.)

Donald Trump has been likened to Richard Nixon countless times since he entered the Republican presidential primary in 2015, proving a boon not only for Woodward and Carl Bernstein, who helped exposed the Watergate scandal, but for Nixon biographers: Garry Wills, Evan Thomas, Kevin Mattson, Rick Perlstein, Douglas Brinkley, and John Farrell. In force they have returned to center stage to assess whether Trump’s misconduct quite qualifies as Nixonian, their expertise increasingly in demand as the president acts more like Tricky Dick seemingly every week, every day. Trump’s firing of Comey, and Friday’s threatening tweet that implied he secretly recorded their conversations, has prompted another round of Nixonian comparison and invective.

In the Saturday Night Massacre, Nixon forced the firing of special prosecutor Archibald Cox for refusing to stop his pursuit of secret White House recordings. Today, many have alluded to Comey’s dismissal as the Tuesday Night Massacre, and understandably so: The available evidence suggests that Trump fired the director to quash the FBI’s investigation into possible collusion between his presidential campaign and the Russian government. Once again, it seems, one scandal leads to the uncovering of another.