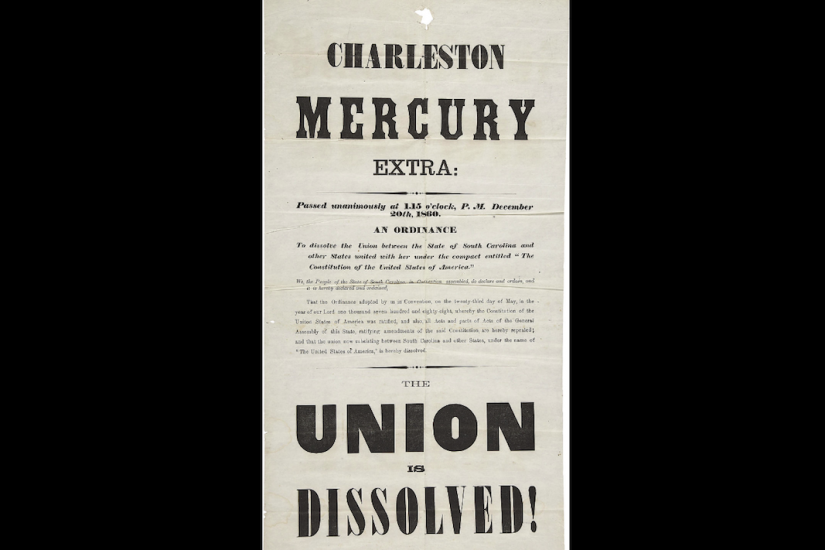 In an interview Monday, White House Chief of Staff John F. Kelly remarked that “the lack of an ability to compromise led to the Civil War.” Kelly was responding to a question about the decision of an Episcopal Church in Alexandria, Va., to remove a plaque honoring Confederate General Robert E. Lee, whom he called an “honorable man” driven by his conscience to secede from the Union.

By blaming a failure of compromise for the Civil War, Kelly repeated a well-worn tenet of the Lost Cause narrative that valorizes the Confederacy and its leaders like Lee. In this narrative, the failure to compromise is laid at the feet of radical abolitionists and Northern politicians, including the newly elected president, Abraham Lincoln, who gave Southerners no choice but to secede.

But it was slavery, and the refusal of Southern slaveholders to compromise on slavery, that launched the Civil War. In fact, the secession crisis of 1860-61 was the culmination of a decade-long movement led by ultra-radical pro-slavery “Fire-Eaters.” After decades of compromise between the North and South, the election of Lincoln spurred an almost paranoid anxiety about slavery’s future that made compromise untenable and war virtually unavoidable.

That technically makes Kelly correct. There was a failure of compromise. But lamenting it without addressing the role of slavery at its root reflects the flawed, Southern version of Civil War history that has nourished the white nationalism currently poisoning American politics.