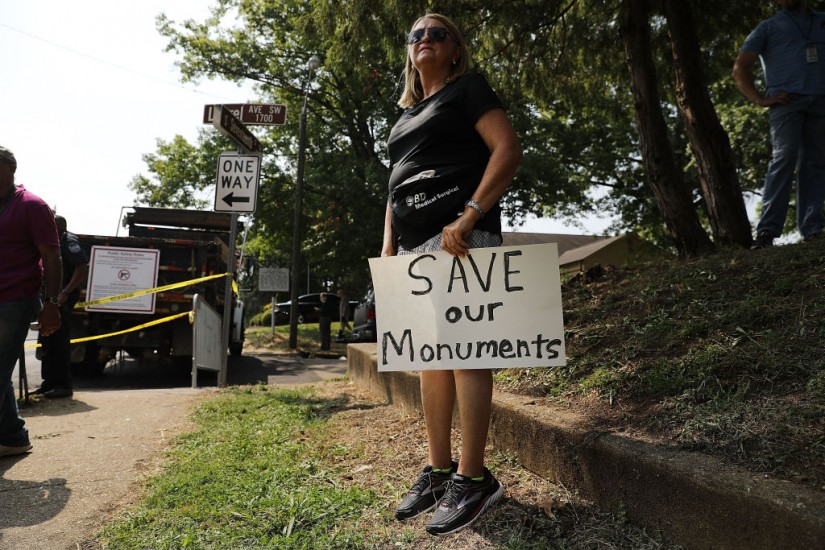 A protester stands next to a Confederate monument in advance of a planned white supremacist rally on August 26, 2017 in Knoxville, Tennessee.
Spencer Platt/Getty Images

Earlier this week, Donald Trump’s chief of staff, General John Kelly, reignited a controversy that never truly dies. In the middle of discussing whether historical monuments should still stand, he echoed a common view of the Civil War that critics are calling “white nationalist.” He said three things of real note, that “the lack of an ability to compromise led to the Civil War,” that Robert E. Lee was an “honorable man who gave up his country to fight for his state,” and that “men and women of good faith on both sides made their stand where their conscience had them make their stand.”

Putting aside the issue of compromise (a series of compromises long sustained the moral atrocity that was slavery; it was doomed when both sides ultimately rejected additional compromise), let’s focus on a different question. Could “honorable” men — or men of “good faith” — wear gray? Or was the decision to march and fight in the Army of Northern Virginia or the Army of Tennessee dishonorable to its very core? Were my ancestors dishonorable people?

I agree with General Kelly on his core point. Honorable men could and did choose to fight for the Confederacy. That does not mean that they fought for an honorable cause. The southern states seceded to preserve slavery. That’s plain from their articles of secession. While a free people have a right to self-determination — and that includes a right of secession — the cause for which they seceded was repugnant and reprehensible. No amount of revisionist history can permit the descendants of Confederates to turn away from this terrible truth. In 1861, the invading northern army was not seeking to free the slaves. It was attempting to restore the union by sheer force of arms.

But many truths operate at once, and here are others. In 1861, the invading northern army was not seeking to free the slaves. It was attempting to restore the union by sheer force of arms. The Confederates who lived in the southern states — even those who opposed secession — saw themselves as citizens of their states, yes, but also as citizens of an entirely different and new nation. One nation was invading another, and invasions mean death, destruction, and despair.