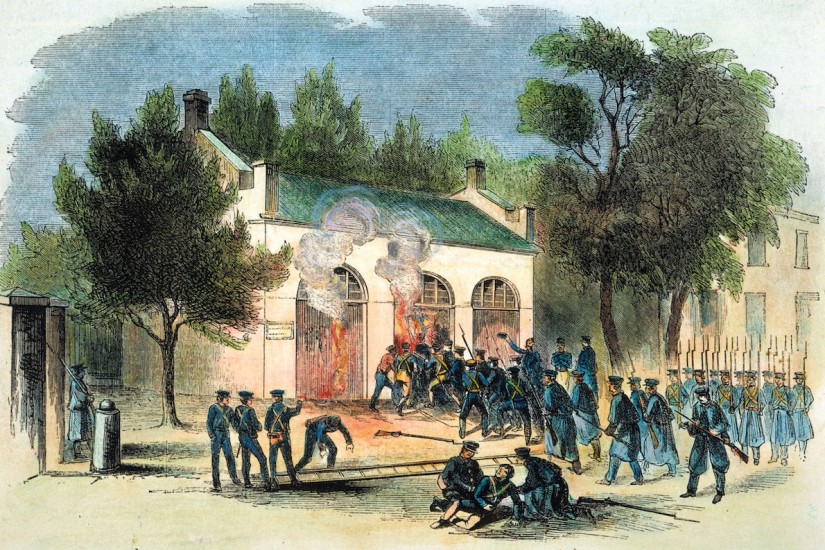 The truth is that Lee and his fellow slaveholders were ardent nationalists in the decades leading up to the Civil War, as the Princeton historian Matthew Karp described in his recent book This Vast Southern Empire. And no wonder: For most of its history, the nation had usually protected and served the interests of slaveholders. For example, in 1850, the draconian Fugitive Slave Law—passed as part of an attempted “compromise” to reduce sectional conflict—ensured that the federal government would assist in the return of runaway slaves from the North to the South. By then, the U.S. Supreme Court had already overturned laws passed by Northern states that sought to interfere with the capture of fugitive slaves. And as the scene at Harpers Ferry showed, slaveholders relied on the potential power of the national government to assist in putting down insurrections in their states that might threaten the system of slavery.

So what changed to make secessionists desert the country they loved? In brief: the rise of the Republican Party and the election of Abraham Lincoln, who refused to use national power to advance slavery any longer. At first glance, Lincoln and Lee may seem to have shared similar views on events like the Harpers Ferry raid. In 1859, Lee described Brown’s plan as “the attempt of a fanatic or madman, which could only end in failure.” A few months later, Lincoln likewise described Brown’s scheme as so “absurd” that even the slaves he sought to rally “saw plainly enough it could not succeed.” Brown was an “enthusiast,” Lincoln said, and he discouraged similar raids.