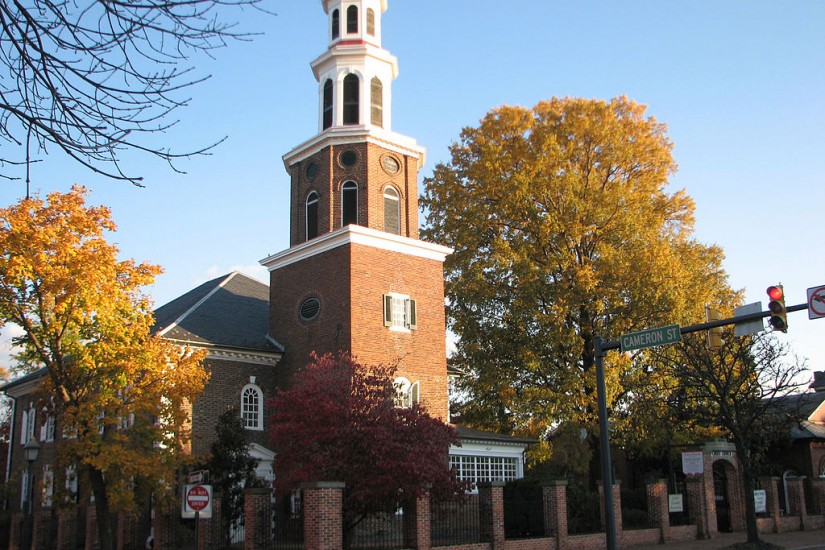 The memorials to the two parishioners will be relocated to a new place Leaders of a historic Episcopal church in Alexandria have decided to remove a pair of plaques from its sanctuary that memorialize two of their most prominent parishioners: George Washington and Robert E. Lee.

In a letter sent Thursday to members of the Christ Church congregation, church leaders explained that the decision came after much deliberation.

“This was not a discussion we entered into lightly, but rather a sincere attempt to have a family conversation about our worship space, our larger history and our future,” they wrote.
The fate of the two plaques, which have hung on either side of the altar at the historic church since 1870, had been talked about for years, according to the Rev. Noelle York-Simmons, the church’s rector. But the matter took on added urgency following events in Charlottesville.

One person was killed and several injured during protests Aug. 12 after a rally by white nationalists protesting the planned removal of a statue of Lee.

While recognizing the important roles both Washington and Lee played in the nation’s history, church leaders wrote that the decision was made that it would be best to remove them because they “create a distraction in our worship space and may create an obstacle to our identity as a welcoming church and an impediment to our growth and to full community with our neighbors.”