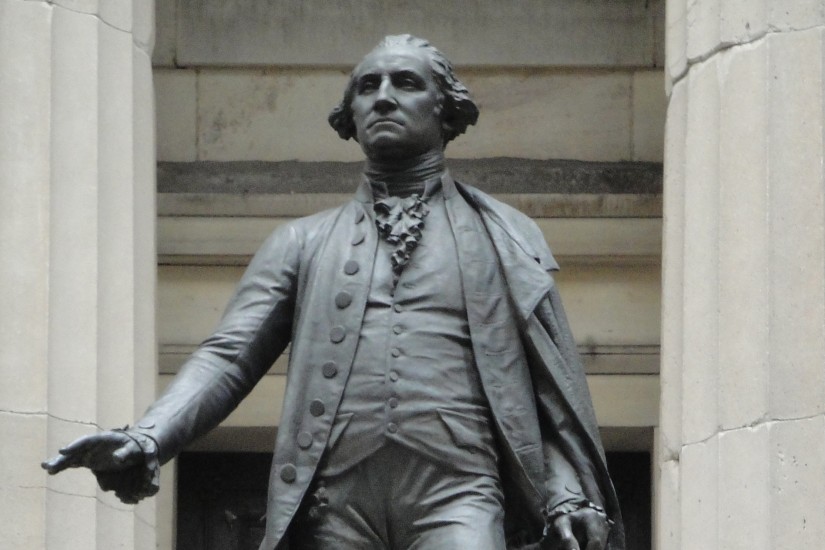 The statue of George Washington outside Federal Hall in Manhattan (May 11, 2010).
OptimumPx/Wikimedia Commons
…

I don’t think it is controversial to speculate that those wanting to tear down Confederate memorials do so because they oppose white supremacy. And the motivation that anti-racism provides them will outlive the public symbols honoring the Confederacy, energizing the next cause The potential honorific gains for anti-racists will also remain after the brazen Rebs are gone. The desire to see white supremacy toppled in the present will motivate anti-racists to expose its influence throughout American history. And the fact that the Founders gave America its long-lived institutions — its Constitution, its presidency, its courts — will no longer be seen as a reason to retain their monuments, but as the primary reason for tearing them down.

I do not offer this argument as an indictment of anyone’s motivations. I’m not accusing anyone of hiding the ball, or of deliberately misleading others, or even themselves. I’m not even arguing against the removal of Confederate statues. I am merely offering a prediction based on the current placement of pieces on the chess board, the temperament of the players, and the known history of their previous games. But I do think America will lose something important when the Founders are judged too problematic to honor, even if by that point most Americans will judge the losses minor and the gains to be had irresistible.