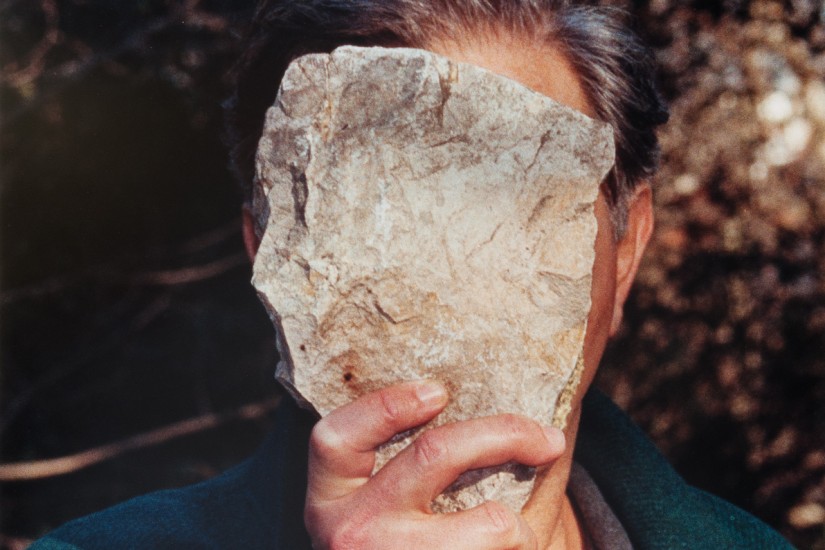 Detail from Jimmie Durham's &#34;Self-Portrait Pretending to Be a Stone Statue of Myself,&#34; 2006.
ZKM Center for Art and Media, Karlsruhe
…

But before he rose to art-world renown, Durham made a name for himself through activism. He fought for land rights and health care and against tribal enrollment with the American Indian Movement, and then as director (from 1974 to 1979) of the International Indian Treaty Council, which was recognized by the United Nations as an NGO in 1977.

But tribal identity in the United States is a highly regulated thing which Durham has always stayed outside of, whether by temperament, critique or, as some activists have insinuated, other less high-flown reasons. The 1990 Indian Arts and Crafts Act (IACA) made it illegal for anyone falsely claiming Native ancestry or tribal affiliation to sell art as such.

First-time violators of the law are subject to a $250,000 fine, five years in jail, or both. After a 1993 profile appeared in Art in America, which quoted him talking about being Cherokee and a “Cherokee artist,” Durham wrote a letter to the editor stating: “I am not Cherokee. I am not an American Indian. This is in concurrence with recent US legislation, because I am not enrolled on any reservation or in any American Indian community.”

Which seemed to settle things — that is, he wasn’t going to play that bureaucratic identity-politics game — until this summer. It likely upped the cultural stakes that the Schutz who-can-talk-about-whose-pain discussion had besieged the Whitney earlier this year, and then, just a few days before Durham’s opening at the Walker, Sam Durant’s “Scaffold,” a sculptural representation of gallows used in numerous state executions — including 38 Dakota men hanged in Mankato, Minnesota, the largest mass execution in U.S. history — was removed from the Walker’s sculpture garden after an outcry from Dakota activists. These protests prompted Durant to de-install the piece and sign over rights to the Dakota people. The executive director of the Walker, Olga Viso, said at the time: “Everyone had agency in this conversation — especially the artist … He does not feel censored.”