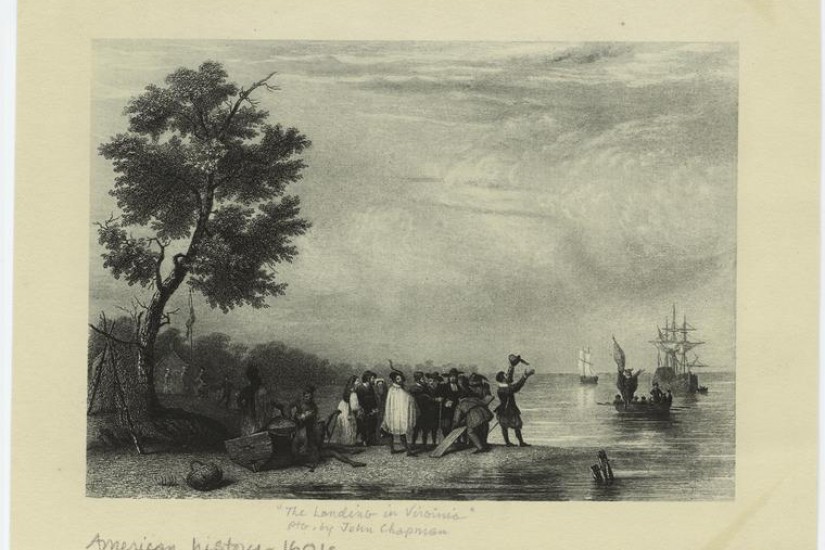 The brutal story of Jamestown scarcely fits the pageant of success that students are often taught in the condensed version of early American history that starts in 1492 when Columbus sailed the ocean blue and then jumps to the Pilgrims’ safe landing at Plymouth Rock in 1620 and their peaceful celebration of the first Thanksgiving the following year. But in his deeply researched and exciting new book, A Cold Welcome, the historian Sam White focuses on the true stories of the English, Spanish, and French colonial expeditions in North America. He tells strange and surprising tales of drought, famine, bitterly cold winters, desperation, and death, while anchoring his research in the methods and results of the science of climate change and historical climatology. In doing so, he erases what C.P. Snow, the British physicist and author of The Two Cultures, considered the damaging cultural barrier and “mutual incomprehension” estranging humanists and scientists from one another.1 “Historians can, and must, embrace this science,” White counsels.

He weaves an intricate, complex tapestry as he examines the effects both of climate—meteorological conditions over relatively long periods of time—and of weather—the conditions of the atmosphere over a short term—on vulnerable colonists in North America in the late sixteenth and early seventeenth centuries. The half-century that led up to the founding of permanent settlements saw, as White notes, “one of the steepest declines in Northern Hemisphere temperatures in perhaps thousands of years.”

His fresh account of the climatic forces shaping the colonization of North America differs significantly from long-standing interpretations of those early calamities. Edmund S. Morgan’s classic American Slavery, American Freedom: The Ordeal of Colonial Virginia (1975) contains a lengthy assessment of the reasons why the Jamestown colonists experienced their “Lord of the Flies” fate. Morgan faults the poor organization and direction of the colony but most of all points to sociological and psychological factors, especially the indolence of the colonists and the large number of “gentlemen” among them who were averse to descending to ordinary labor. “He that will not worke, shall not eate,” John Smith warned them to little avail.2 A Cold Welcome does not replace these well-grounded interpretations but rather supplements them by shining a spotlight on a wholly different dimension: the timing of these colonial enterprises, which ensnared them in what came to be known as the Little Ice Age.