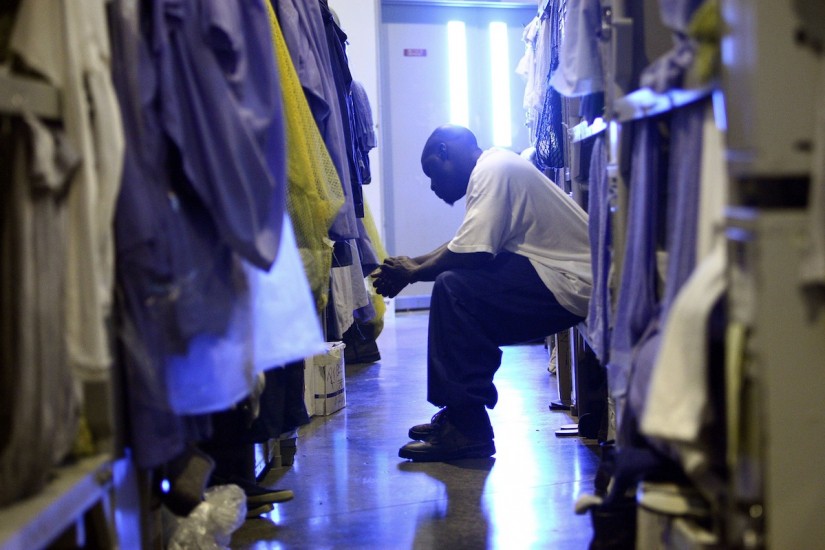 An inmate at the Mule Creek State Prison in California sits on his bunk bed in a gymnasium that was modified to house prisoners due to overcrowding.
Justin Sullivan/Getty Images

Timothy Shenk: What is the carceral state?

Elizabeth Hinton: Historians and social scientists all have different definitions. The formal definition is that it’s the law enforcement officers who police the streets and help maintain order—it’s the court marshals, the lawyers, the probation and parole officers and, of course, correctional officials. So, it’s all the formal institutions of the criminal justice system. But the way that I think about the carceral state has been deeply informed by Foucault’s idea of the carceral, which is a carceral continuum or carceral network. In this book I’m trying to get us to expand our definitions of the carceral state to think about social programs that are operating in low-income, urban communities from the Kennedy administration until today, and the ways in which these programs impose various forms of supervision and surveillance. Often people who come into contact with these various state programs eventually end up in prison.
Shenk: Are you arguing that it’s impossible to write a comprehensive political history of the United States over the last fifty years without taking the carceral state into account?

Hinton: Yes. Criminal justice institutions are the last public institutions standing in many low-income communities. And if police forces are the foremost representation of the state in the lives of poor people of color, then we must rethink the way we see the state and its ties to mass incarceration and criminalization.

Shenk: Is there anything distinctive about the United States in this?

Hinton: The United States is the largest incarcerator in the world. We are 5 percent of the world’s population, but we hold 25 percent of the world’s prisoners, and the incarceration rate for black males is higher than that of Russia. It’s out of control. Our prison system isn’t uniquely inhumane. The rate at which we punish is rooted in legacies of enslavement in the United States and the Caribbean, though.

Shenk: But, as you point out, the making of the contemporary American carceral state is a very recent phenomenon and a thoroughly bipartisan one. We’re so used to thinking parties are locked in this perpetual war. How did they come together on this issue?