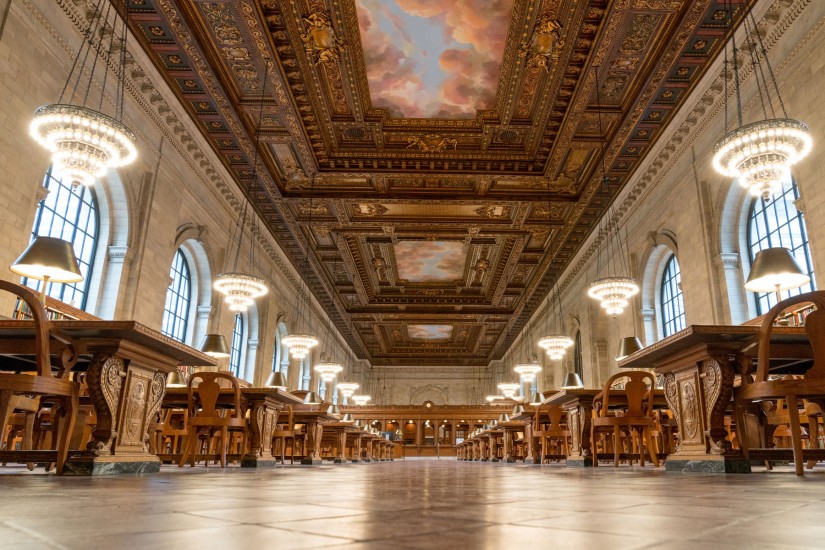 The New York Public Library’s Schwarzman building is most famous for the ornate and cavernous Rose Reading Room, now reopened after two years of restoration. The stacks under the library can hold 4 million books (the actual number in storage is lower, though no one is quite sure), which are delivered to the reading room by 950 feet of miniature rail running at 75 feet per minute.

But the real gem of the library, in Lannon’s view, is the stuff that you can find only in boxes like the ones now strewn across the table. “You can get a book anywhere,” he said. “An archive exists in one location.” The room we’re standing in is the only place that you can read, say, the week’s worth of journal entries in which New York Timeseditor Abe Rosenthal contemplates publishing the Pentagon Papers. It’s the only place where you can read the collected papers of Robert Moses, or a letter T.S. Eliot wrote about Ulysses to James Joyce’s Paris publisher, Sylvia Beach.

These collections aren’t digitized. The only way to find out what’s inside them is to ask for a particular box — often with just a vague notion of what will be in it — and to hold the old papers in your hands. “I don’t know how one could be interested in libraries and not archives,” Lannon told me. They tell you “the stories behind things,” he said, “the unpublished, the hard to find, the true story.” This, I began to see, is why someone might have been inclined to call Lannon the most interesting man in the world: it’s because he knows so many of these stories himself, including stories that no one else knows, because they are only told here.

That is the paradox of being an archivist. The reason an archivist should know something, Lannon said, is to help others to know it. But it’s not really the archivist’s place to impose his knowledge on anyone else. Indeed, if the field could be said to have a creed, it’s that archivists aren’t there to tell you what’s important. Historically momentous documents are to be left in folders next to the trivial and the mundane — because who’s to say what’s actually mundane or not?