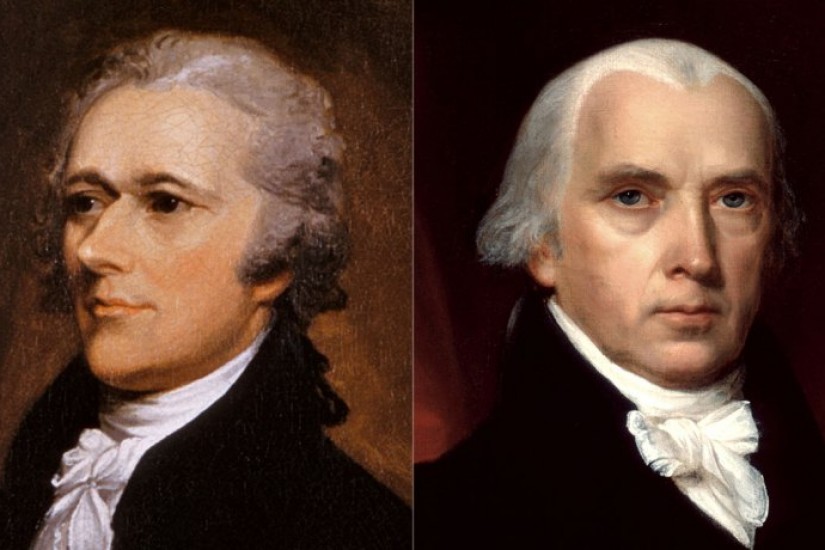 Both Lessig and Maddow ground not only their arguments but also their proposals for change in what they see as the founders’ vision for our country, embedded in the Constitution, with Madison once again the go-to founder. Maddow wants to revive ideas about war that go back to the English liberty movement that Leahy and Hodge also write about. Madison expresses those ideas in the long epigraph to Maddow’s book (Hodge quotes the same passage): “Of all the enemies to public liberty, war is, perhaps, the most to be dreaded.”

Lessig, too, quotes Madison. Our current system, Lessig shows, makes legislators dependent on campaign funding. He reminds us that the representative legislature the founders prized and hoped to create—inspired, again, by that radical Whig republicanism—requires Congress to answer to the electorate and to nothing else. He wants to revive the original plan, making Congress dependent not on money but on what Madison, in “Federalist 52,” called “the people alone.”

Maddow’s and Lessig’s founding histories, read in concert, encapsulate a denial of history at the heart of all liberal originalism. Both authors overlook what may be the most distressing feature of our founding history: an ineluctable connection in founding-era nationalism between an interstate money interest and a rising federal military establishment. The United States was formed in the effort to support the holders of federal war bonds; to find in the emergency of war, as the young Madison tried to do, implied federal powers to tax the country for the bondholders’ benefit; to meld the interstate officer class with the high-finance class by commuting officer salary into bonds; and to find ways of policing, with federal military might, the Shaysites and many other working-class insurgents and protesters who objected to regressive finance policies, widespread foreclosure, and debt peonage, and who demanded democratic access to the franchise. No less than today, militarism and high finance worked together. In the late eighteenth century they worked together to make our nation.