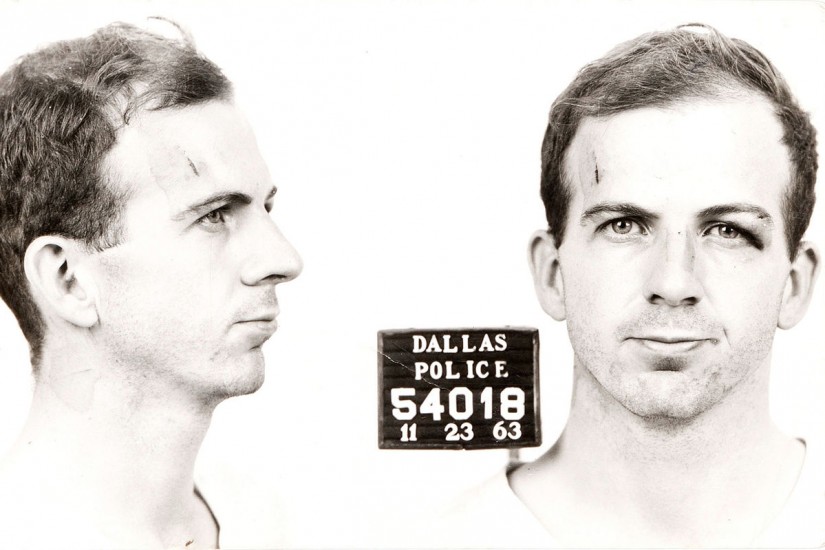 She wore a button the size of a Kennedy half-dollar: pinned to her blouse, fastened just above the heart, imprinted with image and text that were impossible to read from a distance, much less through the scrum of supporters that dogged her every step. Weaving through the congregation of conference attendees — shaking hands, receiving hugs from strangers — she dressed purposefully, solemnly, in black, like a widow in mourning or a person seeking the safety of the clandestine life. But there was no escaping this crowd. They had come to see her, support her, to reach out and touch the arms belonging to Judyth Vary Baker, the woman who once knew and loved Lee Harvey Oswald.

Baker had returned to New Orleans, a city she had once called home, to keynote the First Annual Lee Harvey Oswald Conference, a three-day symposium held in mid-October to coincide with his 76th birthday. Billed as “a weekend dedicated to LHO and proving his innocence,” the conference operated as an alternative to the litany of JFK Assassination conventions held annually throughout the world. This one was designed to appeal to a select breed of assassination buff: the Oswald obsessive.

Over 200 supporters descended on the Crowne Plaza, an airport hotel located on the far suburban frontier of New Orleans — a fringe for the fringe. One man wore a vintage lapel button that read “Hands Off Cuba” — matching the one Lee purportedly donned while handing out leaflets, bearing the same pro-Castro message, on the streets of Dallas and New Orleans 50-plus years ago. Another sported a T-shirt bearing an image of Lee following his arrest on November 22, 1963. His youthful visage stared out, romantic and forlorn, like the frontmen featured on the merchandise purchased at rock concerts.