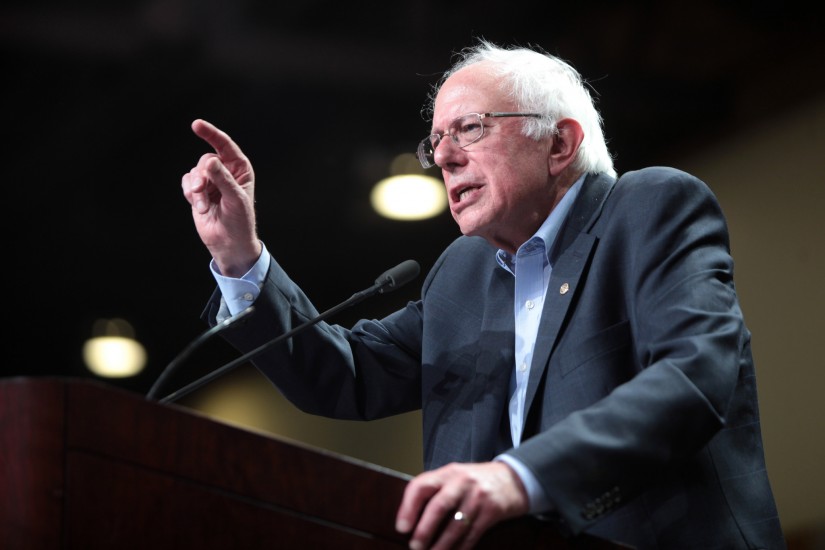 Last week, at the Fusion-hosted Black and Brown Forum, moderators asked Vermont Sen. Bernie Sanders if he supported reparations for black Americans. His answer was “No.” “Its likelihood of getting through Congress is nil,” he said. “Second of all, I think it would be very divisive.”

Writing for the Atlantic, Ta-Nehisi Coates critiqued Sanders’ response for betraying a selective radicalism. “Sanders is a lot of things, many of them good. But he is not the candidate of moderation and unification, so much as the candidate of partisanship and radicalism,” writes Coates. “Unfortunately, Sanders’s radicalism has failed in the ancient fight against white supremacy.”

In turn, this sparked a litany of reactions and critiques, all focused on the politics of reparations. The strongest response, from Daniel Denvir at Salon, sidesteps the question of Congress to focus on the claim that reparations “would be very divisive.” For Denvir, this is key: “Sanders might not be a moderate but he is keenly interested in unifying voters,” he writes. Contrary to Coates’ analysis, Sanders is a uniter, with a plan to unify the public around an expansive agenda of economic radicalism. And while reparations might make sense, pursuing them could irreparably damage the Sanders-led “political revolution” that requires support from white Americans who reject reparations.

Put differently, Sanders is a radical politician, and as such, he’s keenly aware of the contours of his coalition. As demonstrated by his rise in the Democratic primary, he might be able to win the nomination—and the primary—on a platform of anti-plutocratic action. Reparations, which force a brutal and substantive reckoning with America’s racist past and present, would shatter that. Which is to say that Sanders’ quip about Congress—which, in its present form, wouldn’t pass single-payer or free college either—is a smokescreen for a shrewd (and correct) political argument.

But how does the political argument fare? Reparations are unpopular because they run into the strongest headwind in American politics: White opposition to programs that target on the basis of race. That includes everything from affirmative action and welfare (pre- and post-reform) to a program like the Affordable Care Act, which some perceived as a racial entitlement that took from the healthy and insured (largely white and middle-class) and distributed to the less healthy and uninsured (disproportionately black and Latino). At least one prominent critic even attacked the plan as a kind of “reparations.” Overall, white attitudes toward blacks are tightly tied to their attitudes toward the welfare state.