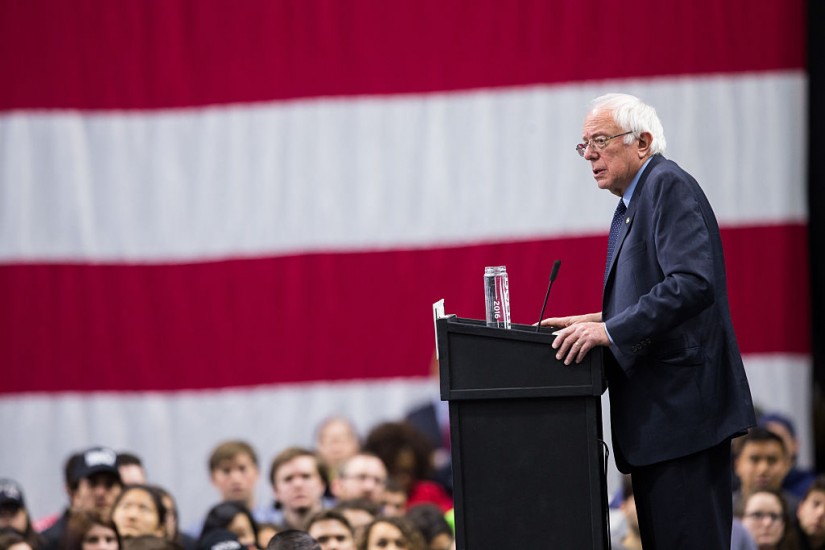 You wouldn’t know it from listening to his speeches, but Bernie Sanders is on the verge of making political history.

If the Vermont senator defeats Hillary Clinton in either Iowa or New Hampshire in the next two weeks, he’ll become the first Jewish candidate to win a nominating contest in either major party. The milestone is both significant and overlooked, in part because Sanders talks so little about his faith and, well, because there’s that other candidate trying to break a glass ceiling in 2016.

In many ways, it’s the lack of attention to Sanders’s Judaism that Jewish leaders find most exciting. “It’s the most wonderful anti-climax in American Jewish history,” said Rabbi Jonah Pesner, director of the Religious Action Center of Reform Judaism. “You have a guy who is from New York with a Brooklyn accent named Bernie who is a viable presidential candidate and nobody is discussing it, which to me is just a remarkable statement of the success of the American Jewish community to be fully integrated and distinct at the same time.”

The last serious Jewish presidential contender was Joe Lieberman in 2004, who sought the top job after serving as Al Gore’s running mate four years earlier. Lieberman never caught fire with Democratic primary voters and dropped out after failing to win a primary, a caucus, or even a single delegate. Yet Lieberman’s Judaism was a major part of his political identity. He was closely associated with Jewish causes and his staunch support of Israel, talked openly about his faith, and didn’t campaign on the Sabbath.

The same is not true of Sanders. His Brooklyn growl evokes a cultural Jewish identity every bit as strong as that of Chuck Schumer or his Saturday Night Livedopplegänger, Larry David. But he is more likely to talk about Pope Francis than any inspiration he draws from his own religion. For the most part, Sanders only discusses his Judaism if asked, such as last June, in the aftermath of an erroneous report mentioned by NPR’s Diane Rehm that he held dual U.S.-Israeli citizenship. “I’m proud to be Jewish,” Sanders said at a breakfast event in Washington.