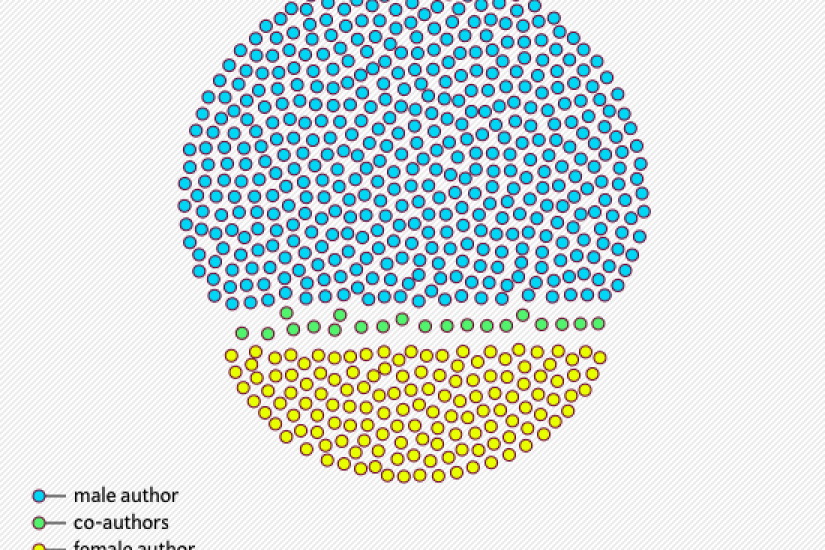 In this interactive chart, each dot represents one trade history book that was either published or made the New York Times Combined Print & E-Book Nonfiction best-seller list in 2015.
Slate

In recent years, as academic history has taken a turn toward the cultural and social, producing more and more works about women, minorities, and everyday life, the kinds of history books you see on the New Releases table at a Barnes & Noble have begun to feel like throwbacks. A quick survey reveals naval battles, grand adventures, and biography after biography about the Founding Fathers. Call these “uncle books”—tomes that you give an older male relative, to take up residence by his wingback armchair.

This state of affairs dismays many academic historians. Last year, at the American Historical Association’s annual meeting, a presenter in a session on “Buying and Selling History” included a slide listing the best-selling trade history books of 2014, as tallied by BookScan. The generous helping of politically conservative histories by Glenn Beck and Bill O’Reilly caused concern, but some historians noticed another troubling trend: The list was dominated by male authors. Of 23 titles, two were written by women.

Is popular history still a male preserve, in terms of authorship and subject matter? We decided to find out. Inspired by the Vida Count project, which tallies bylines at major literary and intellectual magazines to see how many women can be found in their author pools, we looked at author gender among history books published for general readers in 2015. We also wanted to know more about content and approach. Is it true that most popular history books are about presidents and war, or is that just our perception? Are the Nazis as omnipresent as they seem to be? How many biographies are written about men, and how many about women? Do the Founding Fathers have an iron grip on the genre?