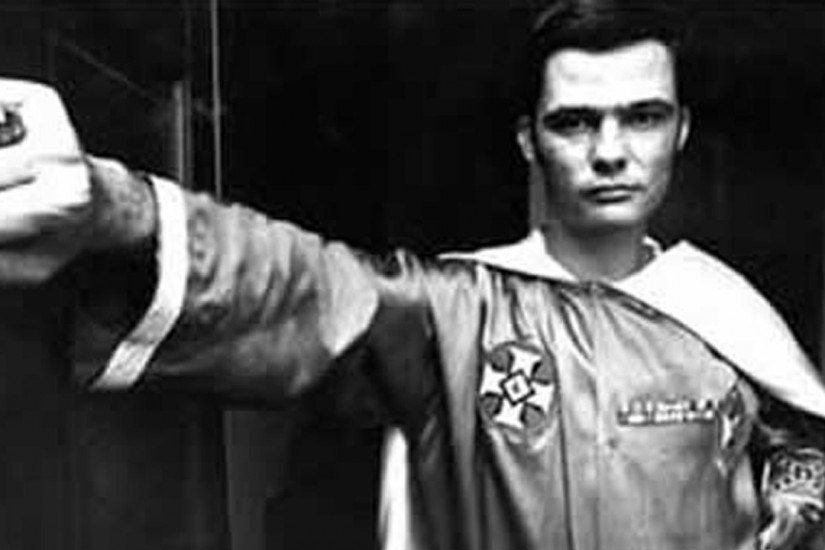 In 1983, the Grand Dragon of the Texas Ku Klux Klan, Louis Beam, began quietly circulating an essay among white supremacist groups in America. “Those who love liberty, and believe in freedom enough to fight for it are rare today,” he wrote. “We are a band of brothers, native to the soil gaining strength one from another as we have rushed headlong into a battle that all the weaker, timid men, say we can not win.” Beam wanted to restructure the white supremacist movement, and believed “it will become necessary to consider other methods of organization—or as the case may very well call for: non-organization.”

Beam was a new kind of white supremacist: media-savvy, militarized, and ambitious. Cross burnings and white robes were great, but given the climate of government scrutiny after the civil rights era, he argued for stealthier modes of violence. Building this new movement might take decades, but, he wrote, “Let the coming night be filled with a thousand points of resistance.”

His theory of “leaderless resistance” quickly became a central strategy for white supremacists nationwide, and one that defines the operating sensibility of the racist right even today. Once described as “one of the most dangerous men in the world,” Beam’s ideologies, tactics, and “career” would come to define the militant American fringe. Without him and his theories, there would be no “alt-right.”