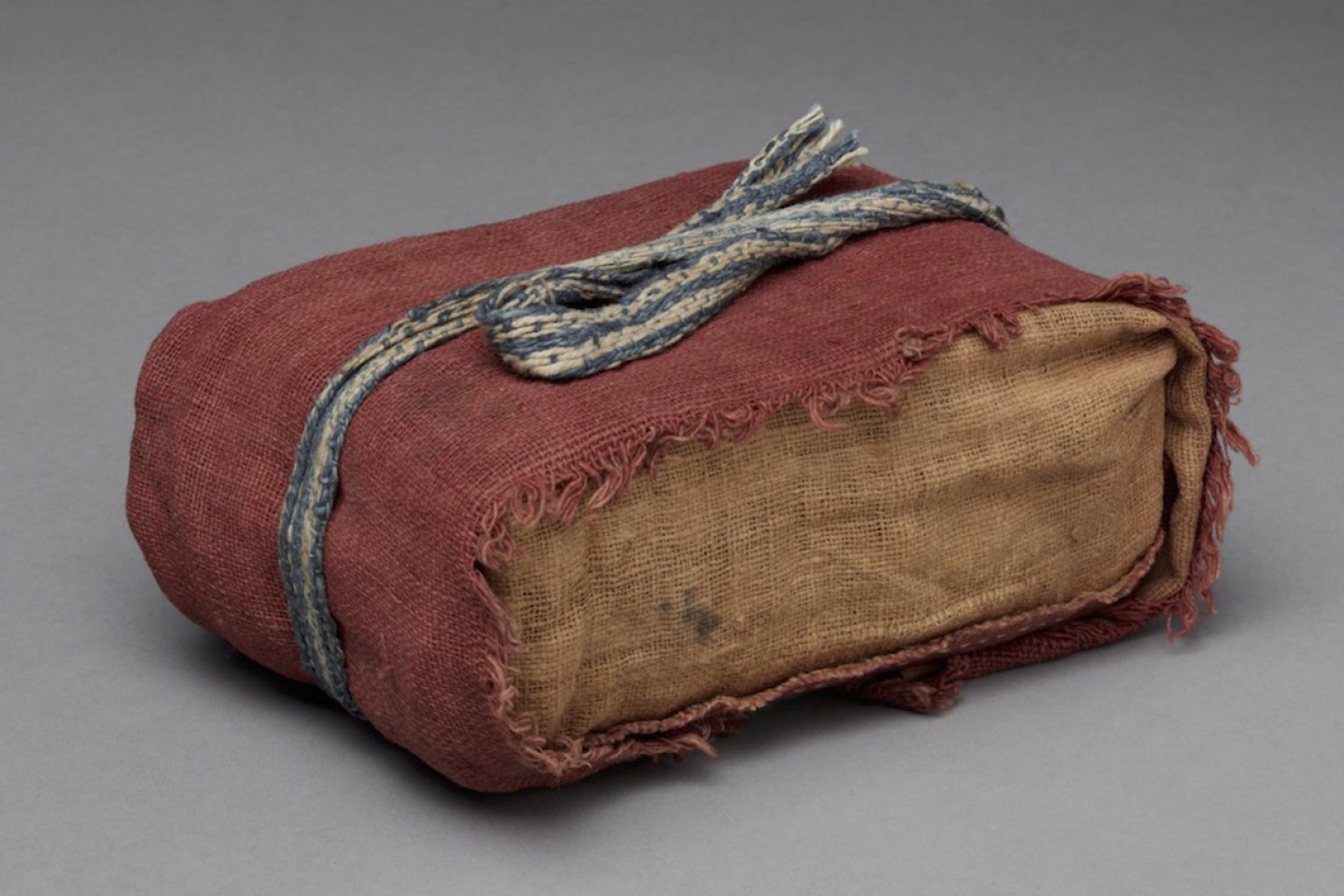 When Harvard College was established in 1636, the Salem witch trials were still almost 60 years in the future, and British colonial interests were concentrated in the West Indies. New England was an imperial backwater. And that's precisely what makes Harvard's collection of manuscripts from 17th- and 18th-century North America so interesting. By and large, they fixate not on matters of regional import, but rather on the tiny details of everyday life.

Lists of recipes, diaries and journals, records of diseases, deaths, and births, and even mock-ups of tavern signs fill the approximately 450,000 pages that have been digitized by Harvard's Houghton Library over a laborious multiyear process. The complete collection is set to be released this month via a new website. In the meantime, you can find a significant portion of the materials here.

The Harvard Gazette recently previewed some of the more photogenic items from the collection. Highlights include a remarkable painting by Phoebe Folger Coleman (1771-1857) of a couple sharing a romantic embrace. Coleman's husband was the captain of a whaling vessel, and it seems possible that she had his absence at sea in mind when she created the intricately detailed piece.

Another eye-catching item in the collection is this 1797 design for a tavern sign by a Boston house painter named Daniel Rea. The sign features a spread-winged eagle and the words “Federal Court House" with "Good Entertainment by Richard Hayman” underneath. Hayman, the tavern’s owner, was evidently pleased with the final product. We can see that Rea has written “Paid” to the side of the image in his ledger.

But what about the texts that aren’t as photogenic? One challenge that accompanies massive digitization projects like this one is the sense of information overload they can create. It’s difficult to get your bearings when confronted with such a huge array of historical sources, and it can be even harder to figure out their larger context. So with that in mind, I picked some images from the collection at random to see what secrets they might reveal.

Book historians like to point out that it is often the least popular texts that find their way into historical archives: after all, the books that were read over and over tend to fall apart and get tossed into the dustbin. The boring tomes that sit forgotten on shelves, meanwhile, are the ones that enjoy long and healthy lives. This battered almanac from 1745 attests to the popularity of the form in the eighteenth century. Almanacs had a practical function, offering detailed information about eclipses, high tides, and agricultural schedules in the coming year. But they also offered fantastical predictions about future events. Some, like Benjamin Franklin’s famous Poor Richard’s Almanack, became famous as treasure troves of wit and satire.

This particular almanac is less well-known than Franklin’s, but its creator, Nathaniel Ames, was among the first to bring the genre to the British colonies. Harvard’s copy was put through the wringer by a man named Andrew Bordman, who served as the steward of Harvard College for most of the first half of the eighteenth century and fastidiously jotted down each day’s weather on the backs of the almanac’s pages.

This poignant letter from a woman named Sarah Rood, written “in great hast[e],” stands as a testament to Rood’s independence in seeking out a treatment for her prolapsed uterus. She appealed directly to John Winthrop Jr., who in addition to being a physician and alchemist, was one of the earliest governors of Connecticut. The letter is undated, but seems to have been sent by Rood to Winthrop’s home in New London, Connecticut in 1653. In New England circa 1660, approximately 60% of men were capable of signing their names (a simple although imperfect way of measuring literacy), as were approximately 30% of women. This meant that female literacy rates in the British colonies were roughly three times higher than they were in England, allowing many women like Rood to intervene directly in their medical treatments.

The letter gives a good sense of the enormous range of spellings and letterforms that were used in seventeenth-century English. There were no dictionaries in 1653, and it was not uncommon for early modern people to spell their own names differently on different occasions. We also see in the letter some typical archaic abbreviations, such as the use of the Old English letter thorn (þ) for the sound ‘th.’ It was often drawn as a y: hence “ye” instead of “the.”

The seventeenth and eighteenth centuries witnessed a huge increase in the production of printed bureaucratic paperwork – not only for government business, but also for commercial transactions like the issuing of stocks and promissory notes. This example from 1733 gives a sense of how eighteenth-century paperwork looked and felt. The printed parts of this bond (effectively an IOU) were generic, having been printed via letterpress. But blank spaces were left to customize the document by hand. In this case, Daniel Barrett and Thomas Kidder (both of Cambridge) promised twenty-two pounds to none other than Andrew Bordman, the same wealthy Harvard administrator who annotated Ames’ almanac.

A bond might seem like a dry and somewhat lifeless source. But these everyday documents are what allow historians to piece together historical lives. For instance, Andrew Bordman, the man who was owed twenty-two pounds in 1733 and who left behind a scribbled-on almanac from 1745, was also a slave-owner. The Old Burying Ground in Cambridge contains a gravestone marking the final resting place of a woman recorded as “Jane a Negro Servant to Andrew Bordman Esquire Died 1740/1 Aged 22 years & 3 Months.”

And it is through Bordman’s personal notebook that we can learn a bit more about Jane herself.

Most of the pages of Bordman’s notebook consist of records of debts owed to him, shopping lists, and basic arithmetic. But there are a few that jump out across the centuries. Here, we find Bordman’s record of the birth dates and names of the children born by an enslaved woman named Rose, Jane’s mother: “Jane, Born of Rose. 5 Dec 1718.” The book also records her death from “a languishing slow fever… aged 22 years 3 months & 6 days.”

It’s not much to go by – just a brief record of a birth, illness and death. But these scanty testaments to long-past lives, taken in aggregate and with the aid of archivists and curators like those at Harvard, are the way that we make sense of the past. Reading between the lines on these pages can open up new worlds.