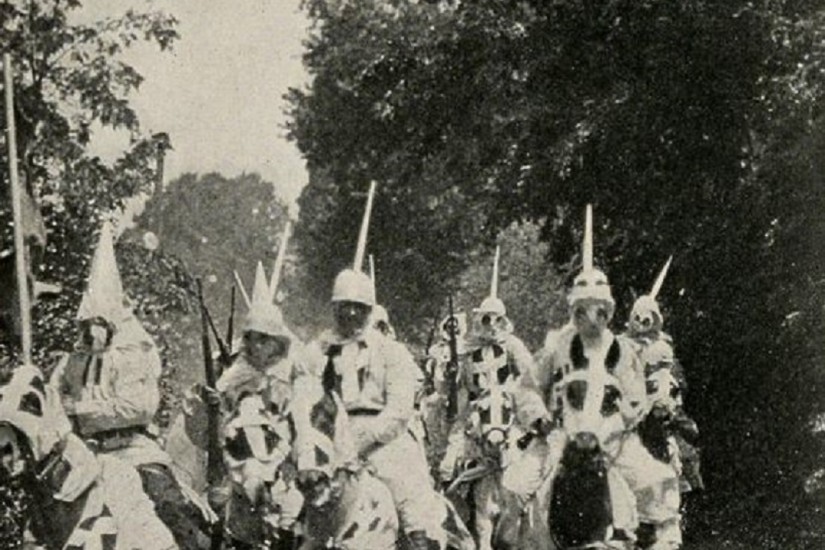 Still from the 1915 film The Birth of a Nation featuring Ku Klux Klan riders.
Wikimedia Commons

When innocent people are brutalized, villains go unpunished, and corrupt police fail to act, a hero must rise to save the country he loves. His secret identity hidden behind a mask, the Grand Dragon leads his team of loyal companions in a battle to restore law and order.

This plot structure is familiar to anyone with a passing awareness of superhero formulas, but the specific hero, the Grand Dragon, is unknown except to readers of Thomas Dixon, Jr.’s once bestselling novel, The Clansman: An Historical Romance of the Ku Klux Klan. Dixon, while claiming to have taken no “liberty with any essential historical fact,” recounts a version of the post-Civil War period in which the heroic Klan rescues the victimized South from the villainy of “Negro” rule. Although Dixon is “relatively unknown today,” and “no longer deserving of respectful prominence in the history of American popular culture,” biographer Anthony Slide likens him to John Grisham as an author who once commanded a major American audience. Dixon’s 1905 novel became the source for D. W. Griffith’s more enduring but equally racist adaptation, The Birth of a Nation, a film so influential that it incited the reformation of the Ku Klux Klan (KKK) with its 1915 release. Although both Dixon and Griffith’s white supremacist rewriting of history is now reviled, their masked vigilantes entered the American consciousness as admired figures, and the Klansmen’s characteristics—as introduced by Dixon, adapted by Griffith, and also emulated by actual KKK members across the U.S.—shaped comic book superheroes.