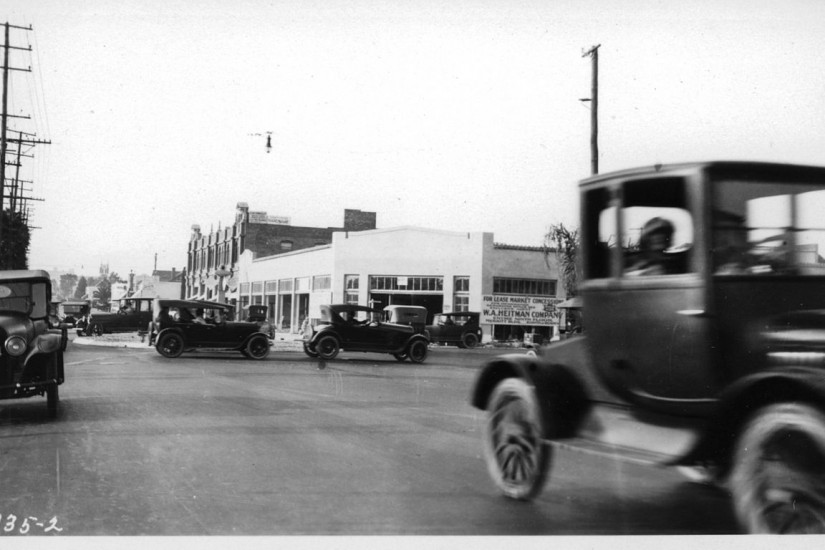 Though a majority of people headed downtown on city-operated streetcars, public transportation at the time was uncomfortable, crowded, and inconvenient. Streetcars were also considered to be no place for a nice woman—especially one traveling alone. Women who did brave the trolleys were sexually harassed, writes Scharff, as well as pilloried by the press suggesting they should stay home instead of venturing into public.

Perhaps unsurprisingly, many women chose to drive downtown instead. Of course, women who ventured into downtown Los Angeles by motor vehicle were not exempt from criticism either. Charged with laziness, ineptitude, and frivolity, they faced stereotypes about women’s ability to drive and complaints about the cars that swamped streets downtown.

In 1920, the LA City Council put a no-parking ordinance into place downtown. Because women were expected to do the family shopping, they were the ones most affected by the ordinance. Though Scharff does not blame the Council for an overt attempt to rein in women using an anti-parking ordinance, she puts the law in a context of suspicion of women who dared to show their faces publicly, challenging social mores even as they became part of the fabric of urban life.

But these supposed societal menaces had an ace in their fashionable sleeves: They turned out to be the main patrons of downtown businesses. Business dropped up to 40 percent during the first days of the ordinance, alarming store owners and raising concerns that they would be driven out of business by stores elsewhere in LA.