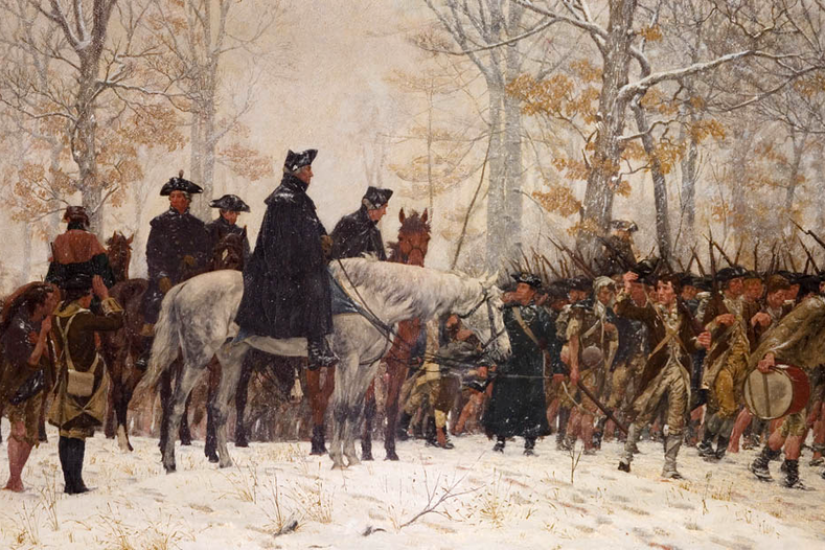 The American Revolution succeeded precisely because, contrary to the curator’s sweeping assertions that “Everything Changed in 1776,” remarkably little about America changed in 1776.   The King was gone, but laws, courts, and government continued to function during the War; as new congresses smoothly replaced colonial legislatures, with many of the same men filling the seats.  The new constitutions written by the erstwhile colonies tended to be remarkably similar to their pre-war governments, featuring upper and lower legislative houses legislatures and a governor.   The curators focus a spotlight on Pennsylvania, an outlier with its unicameral 1776 constitution with no governor or upper house.   But they do mention in the fine print that Rhode Island and Connecticut didn’t even bother to write new Constitutions; they merely made a few minor amendments to their colonial charters and carried on.  Only Georgia had to start “from scratch.”  The newest colony, it was also the only one without a colonial-era legislature.

Democratic self-government had been the founding assumption in the New England colonies, while the slightly older colony of Virginia wrested control from London very early in its history.  Of course, early New England was a land of middle-class, freehold farmers, who voted for their legislators and governors, while Virginia was an aristocratic society where both Governor and the elected House of Burgesses were effectively kept under the firm control of great landowners like Washington, Madison and Jefferson, a class of men that historian Brent Tarter has memorably dubbed, The Grandees.   They constituted a hereditary oligarchy supported by slave estates kept intact by primogeniture.   The cultural gap is effectively pointed out on a wall where it is noted that when George Washington took command of the Continental Army at Boston in 1775, he “had to adjust to commanding men dedicated to… ideas of individual liberty.”

What the Virginia grandees the Yankee soldiers of the Army camped outside Boston shared was an unyielding will to govern themselves, and a habit of self-government formed over a century and a half of running their own budgets, courts, legislatures and armies without significant help or interference from Britain until the decades just before the Revolution.