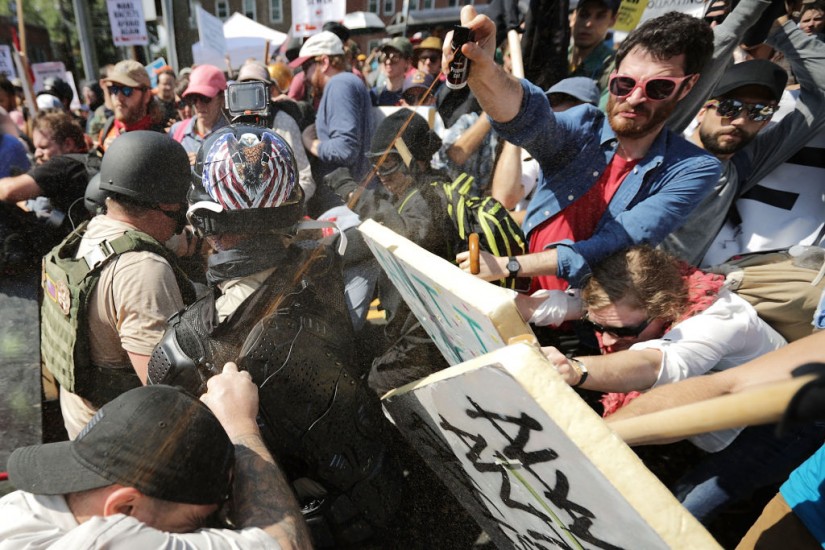 Out of this set of concerns grows one of the standard liberal lines on free speech today, that we cannot draw any distinctions among speech without risking state censorship and authoritarianism. This is the thinking behind the judge’s decision in Charlottesville, and the idea that we can’t limit the ability of white supremacists with guns from gathering in the streets—to protest the existence and rights of minorities—without sliding down a slope that would suppress dissent, such as Black Lives Matter protests.

The equivalence posited by liberals as well as conservatives between white supremacist speech and the speech of Black Lives Matter is, arguably, a product of the legal culture we have built over the last 50 years. Slippery slope arguments rest on the idea that there is no principled way to distinguish among different ideas or speakers; that once one idea, group, or person is singled out by the law, there is no legitimate way of making a broad stand for free speech. But such evaluations only hold when power and inequality of access—the uneven playing field that structures speech as much as it does other social arenas—are not taken into account.

Refusing to take into account power and inequality of access, in turn, brings us legal arguments and decisions that equate corporate speech to that of citizens, and that present antidiscrimination measures as violations of free speech. This, for example, can be seen in the case of the baker in Colorado, who claims that a law forbidding him to deny service (a wedding cake) to a gay couple is a violation of his free speech (the Trump administration is making history by throwing its support behind the baker, mounting a free speech argument against antidiscrimination laws).

Trump, who we might consider a free speech opportunist, has taken advantage of this discursive terrain. He rails against the freedom of speech of his adversaries and seeks ways to punish those who speak out against him. But he champions the free speech of those who are “censored” by antidiscrimination law or public censure. Arguments that all speech must be protected equally—or, its corollary, that any discussion of rules or parameters is an infringement of freedom—oppose the former but not the latter. To meet such a challenge, our popular discussions of freedom of speech, as well as our legal arguments about it, need to shift.