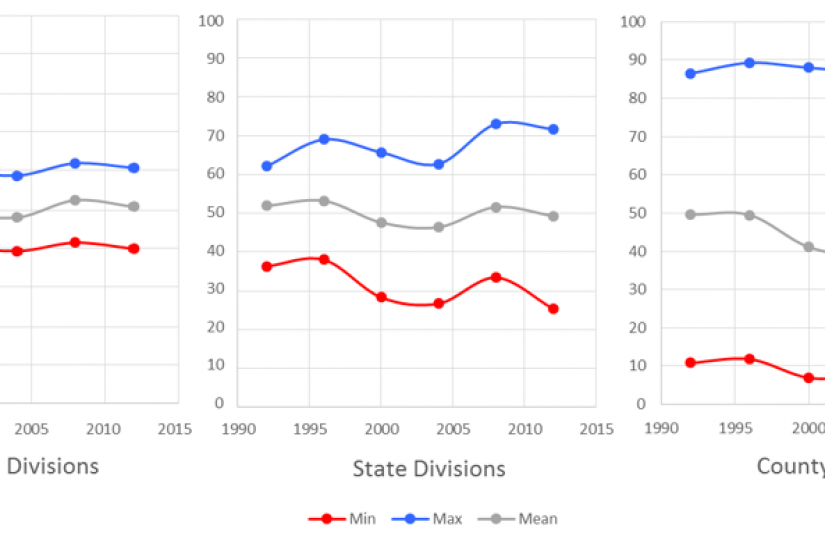 Setting the nuttiness of Donald Trump and his candidacy aside, the 2016 presidential campaign serves as a fitting reminder of America’s deepening partisan divide. Americans have not only grown more ideologically polarized over the past couple of decades, Republicans and Democrats are drawn to very different kind of places. Back in 2004, Bill Bishop dubbed the self-segregation of Americans into like-minded communities, “The Big Sort.” (My next post for CityLab will dig into how these differences are shaping the 2016 election results. So stay tuned!)

This pattern is even more amplified as the geographic scale gets smaller. In 1992, the gap between divisions with the least and greatest support for Democrats was ten percentage points. By 2012, the largest gap had grown to more than 20 percentage points. At the state level, it grew from 26 points to more than 46 points. And at the county level it expanded from 75 points to 90 points. In 2012, Democrats carried just 3.5 percent of votes in the minimum county and 94 percent of the votes in their maximum county.