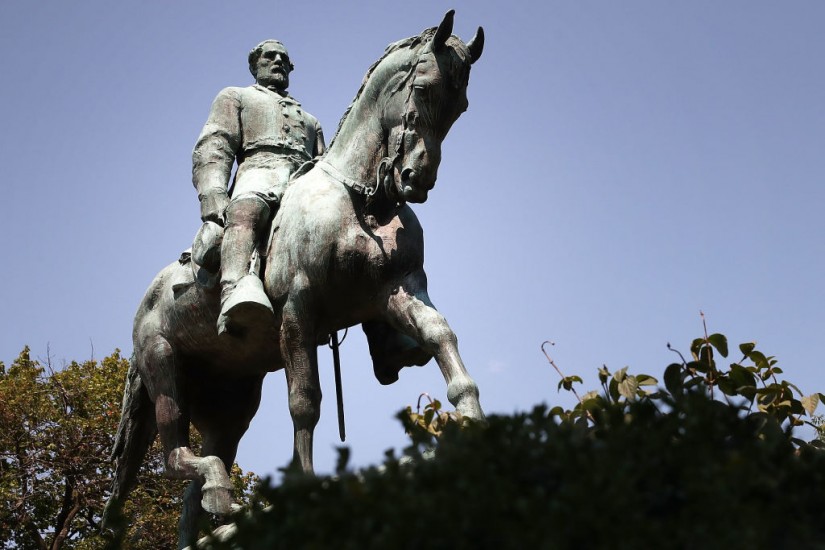 The statue of Confederate General Robert E. Lee stands in the center of the renamed Emancipation Park in Charlottesville, Virginia (2017).
Mark Wilson/Getty Images

Last year, the writer David Rieff, in a book titled “In Praise of Forgetting,” warned against what he called “too much remembering”: the inculcation of new collective memories and the creation of new monuments almost inevitably leads to new forms of injury. Rieff wrote, “Far too often collective historical memory as understood and deployed by communities, peoples, and nations . . . has led to war rather than peace, to rancor and ressentiment . . . rather than reconciliation, and to the determination to exact revenge rather than commit to the hard work of forgiveness.” When a Southern city takes down a Confederate monument, it rights an old wrong, and removes the source of an old grievance. But it also risks creating a new grievance, among those who believe their own history has been excised.

The idealistic approach to Confederate monuments—the one favored, at least until recently, by most of the Democratic Party—is to transform their meaning. In theory, this is a way out of the grievance trap. But the larger and more significant a monument is, the harder it is to transform. This is an acute problem in Richmond. The city, the journalist Tony Horwitz noted, in his 1998 book “Confederates in the Attic,” is “a vast cenotaph of secession, with tens of thousands of rebel graves, countless monuments, and the remains of Confederate bulwarks, armories, hospitals, prisons, old soldiers’ homes.” During Reconstruction, Richmond installed the mammoth Confederate heroes of Monument Avenue, where mansions were built for a resurgent white aristocracy. In 1996, the city added a bronze of Arthur Ashe, the tennis star and civil-rights hero. But, as Edward Ayers, a Civil War historian and a former president of the University of Richmond, told me, that “still doesn’t solve the problem of the monuments we have.”

This past June, Richmond’s mayor, Levar Stoney, a thirty-six-year-old African-American and a Democrat, created his own monuments commission, to propose ways of transforming Monument Avenue without moving any of the statues. But, in the wake of the rally in Charlottesville, Stoney went further, as much of the Virginia Democratic Party had, and asked the commission to consider whether the statues should be taken down. “I personally believe they are offensive and need to be removed,” he said.

When I visited Stoney at his downtown office this fall, I asked him what, apart from Charlottesville, had changed his mind. He told me that he had been thinking about his grandmother, who cleaned houses for a living. “Pretty much the only time black people would go into those homes on Monument Avenue would be to clean them,” Stoney said. “If we lived in Richmond, that would have been her.” The longer Confederate monuments stayed up in a predominantly black city, the more they suggested an enduring power—you could call it white supremacy—that electoral politics could not touch.

From Stoney’s office, I drove to Monument Avenue to take another look at the statue of Lee: he is on horseback, his serene gaze on the horizon. Richmond’s monuments commission has promised to deliver its final recommendations by May of 2018. Ayers told me, “What I tell people when I talk about the commission is that the loss of Heather Heyer’s life was a tragedy,” but that Richmond could be part of its redemption. “Finally, black people have some political power. They’re able to reconsider things that white people had considered settled. Nobody would have wished Charlottesville. Richmond will determine what Charlottesville meant.”