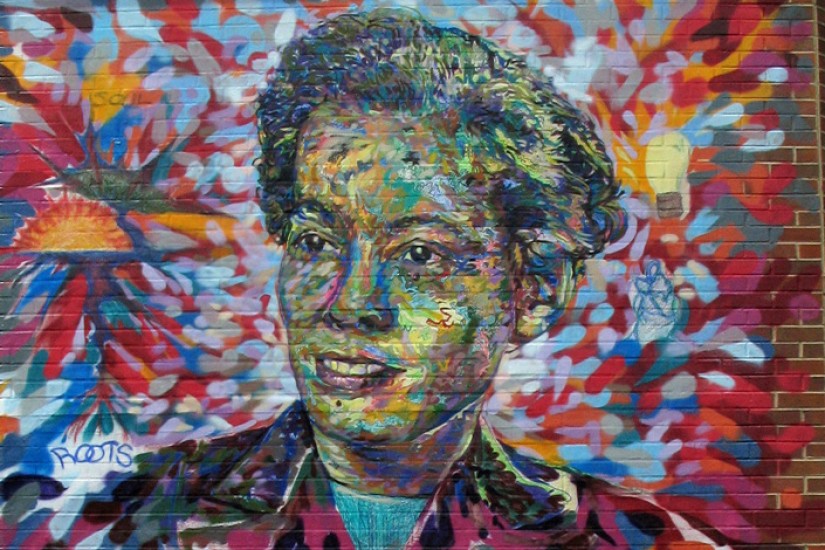 Murray’s defiant appropriation of patriotic gesture encapsulates what we now know about Memorial Day: although the holiday was instituted in a spirit of White reconciliation (with the official story that it originated in the ecumenical memory of Union dead alongside Confederates), it was actually preceded by Black South Carolinians’ reburial of Union soldiers from a mass grave in Charleston, and subsequent decoration of their burial sites. In a larger sense, Murray’s gesture is part of a counter-tradition that runs back to Frederick Douglass saying, a few years before the Civil War, that the Fourth of July was a White holiday for a White nation, but the principle of the Declaration of Independence, “all men are created equal,” was about him. In fact, it was his. Although the counter-tradition is most memorable in the register of defiance, a celebratory version of it has been everywhere this last year in “Hamilton.” The mega-hit musical’s casting of Black and Latino performers as American founders makes literal the best thing anyone has ever been able to say for the hypocritical and blood-smeared early American talk of freedom and equality: that although the words were said by and for an all-White propertied class, they could be inhabited, occupied, by anyone. That occupation is the world turned upside down, and it is the revelation that upside-down is the closest it has yet come to right.