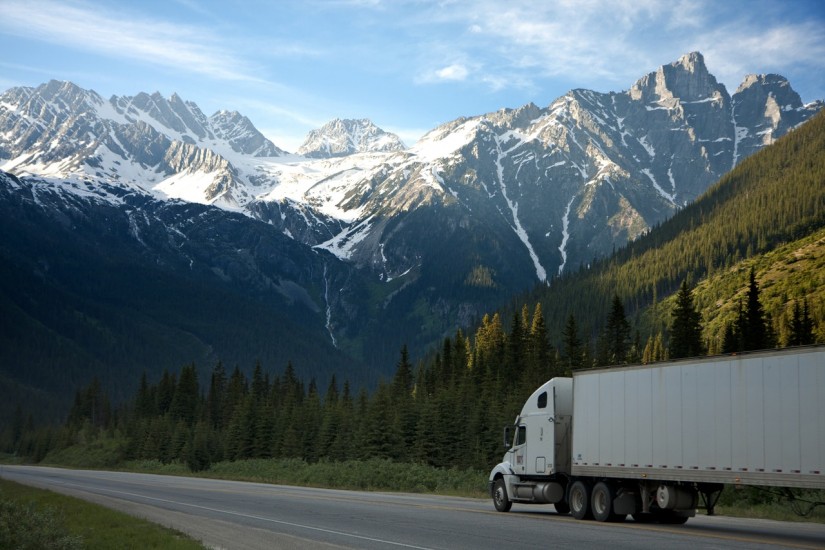 How did truckers nudge the American economy toward deregulation? In the early 1980s, the United States shifted sharply from a country governed by New Deal ideals to one that was deeply suspicious of the federal government. Historian Shane Hamilton analyzes one icon of the change: the independent American trucker. According to Hamilton, the work of libertarian former truck driver Mike Parkhurst and his magazine, Overdrive, brought a populist sensibility to the United States.

Hamilton’s story starts in the New Deal era. Early in the 1930s, established truck operators were bedeviled by fly-by-night trucking firms. These upstarts offered service at below-market rates, and then quickly closed down when they failed to make ends meet.

Franklin Delano Roosevelt’s administration was committed to a rational economic systems driven by big labor and big business. In 1935, Congress passed the Motor Carrier Act, which made it harder to start up new trucking firms, allowing freight trucking to effectively become a cartel. This was also a boon for the International Brotherhood of Teamsters. Since the big trucking companies kept their rates aligned, it was easy to accept a union contract with higher wages—companies simply raised wages and rates at the same time.

The Motor Carrier Act did have an exemption for trucks carrying agricultural products, which remained largely unregulated. It was here that the bold and nimble independent truckers Mike Parkhurst celebrated continued to thrive. Ironically, Hamilton writes, this niche was thoroughly dependent on government spending. It was only the enormous federal investment in paved highways that made long-distance trucking of agricultural commodities feasible. And the agricultural system itself was propped up by major federal programs.