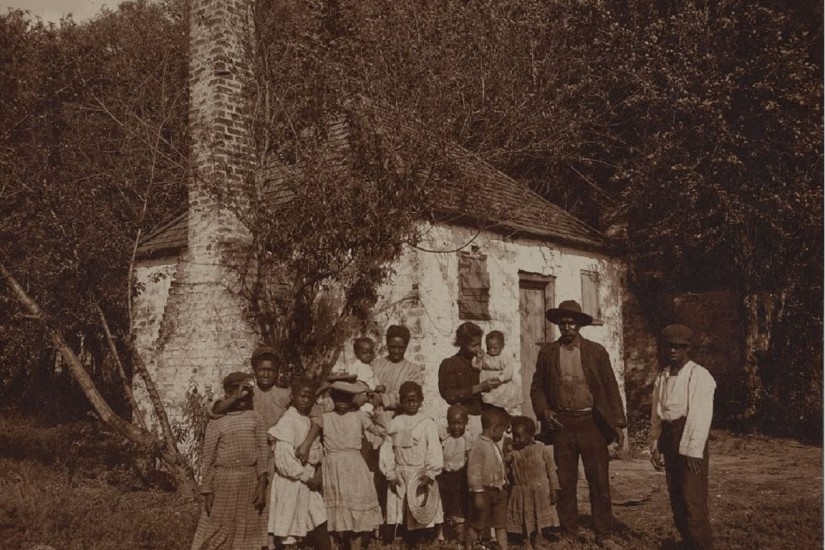 Furthermore, the recently emancipated owned no cash and had no experience in dealing with the government, rendering the process even more difficult. But perhaps the biggest hurdle for freedpeople involved the year-long labour contracts they had been cajoled or forced into signing shortly after slavery was outlawed. Leaving a job before the end date of a contract frequently resulted in virtual re-enslavement on a chain gang. Indeed, blacks had been locked into these contracts until the very date (1 January 1867) that they stopped receiving special homesteading benefits.

By the end of the SHA 10 years later, nearly 28,000 individuals had been awarded land. Combined with the claimants of the original Homestead Act, then, more than 1.6 million white families – both native-born and immigrant – succeeded in becoming landowners during the next several decades. Conversely, only 4,000 to 5,500 African-American claimants ever received final land patents from the SHA.

The Homestead Acts were unquestionably the most extensive, radical, redistributive governmental policy in US history. The number of adult descendants of the original Homestead Act recipients living in the year 2000 was estimated to be around 46 million people, about a quarter of the US adult population. If that many white Americans can trace their legacy of wealth and property ownership to a single entitlement programme, then the perpetuation of black poverty must also be linked to national policy. Indeed, the Homestead Acts excluded African Americans not in letter, but in practice – a template that the government would propagate for the next century and a half.

With the advent of emancipation, therefore, blacks became the only race in the US ever to start out, as an entire people, with close to zero capital. Having nothing else upon which to build or generate wealth, the majority of freedmen had little real chance of breaking the cycles of poverty created by slavery, and perpetuated by federal policy. The stain of slavery, it seems, is much more widespread and lasting than many Americans have admitted. Yet it is the legacy of the Reconstruction – particularly the failure of land redistribution – that so closely coupled poverty and race in the US.