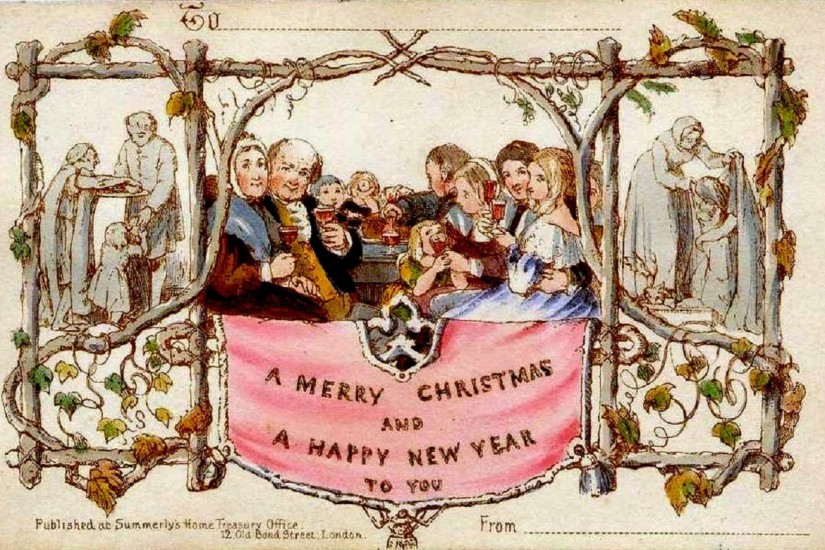 With advances in printing technology and mail service, the practice of sending commercially produced Christmas cards caught on. By the 1880s, it was an integral part of the holiday season for many American families as well. In “The Female World of Cards and Holidays: Women, Families, and the Work of Kinship,” Yale anthropologist Micaela di Leonardo explains that the practice thrived amid postbellum industrialization and the demise of the family farm. As relatives spread out geographically, women assumed responsibility for “the work of kinship” and became caretakers of extended family connections. Christmas cards were a convenient way for them to nurture relationships among their husbands, children, and distant relatives.

As the Christmas card habit took hold, manufacturers rushed to meet demand. Best known was German emigrant Louis Prang, who produced attractive and reasonably priced chromolithographed cards for the mass market. He is often referred to as the father of the American Christmas card.

Not all manufacturers were as concerned with quality. Many of them relied on trite and overly sentimental images to decorate their greetings. In 1885, The Decorator and Furnisher magazine criticized the industry for its ubiquitous imaginings of “pantaletted young ones” singing in snowstorms and “angels floating in mid-air bearing a babe.” Such tiresome subjects, the article lamented, created “no agreeable sensations.” Also troublesome were the poor production values. That same year, The Art Amateur magazine faulted a British manufacturer for offering a card that featured the image of a cherub whose head was “too intangibly connected with her body even for a disembodied spirit.”