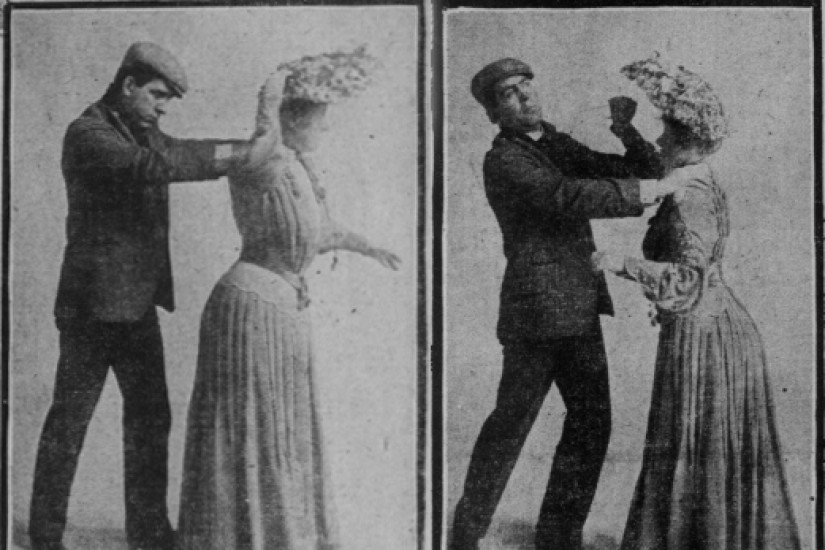 In the late 19th century, from the moment that American women were granted the freedom to leave their houses unescorted, they encountered a pest known as “the masher.” Generally, a smarmy mustachioed fop, this unfamiliar man winked at or brushed up against a shop girl on the streetcar, loomed over and stalked a working woman walking down the street, called out “hey turtle-dove” to teenage girls. The most galling mashers groped, hugged, and kissed any girl or woman they declared irresistible.

Today—almost 150 years later—we’re realizing that the masher, who is now called a “sexual harasser,” never went away. Thanks to women and men like the ones “TIME Magazine” dubbed “The Silence Breakers,” we know the most prominent mashers can be found watching TV in the White House and glad-handling potential voters at state fairs. They’re in Hollywood casting calls, on print and radio editorial staffs, sitting at the anchor chair on TV news programs, and commanding tech company board meetings. We know they also badger women with very little power to speak out, those who work at restaurants and retail spaces, on cleaning staffs, and in the fields.

Thanks to the #MeToo Movement, women and men are slowly becoming empowered to expose decades of abuses they’ve suffered from powerful men—and to demand those abusers lose their jobs. Every day, more and more politicians, celebrities, journalists, and influencers are being outed as perpetrators of sexual harassment and sexual assault. The American media is finally taking victims’ claims seriously in a way that wasn’t imaginable just a year ago. For some harassers, the consequences have been swift; others remain unscathed.

But the #MeToo moment is not the first time the American media cheered on women standing up to sexual harassers. More than 100 years ago, around the turn of the 20th century, U.S. newspapers and magazines championed women who retaliated against mashers, even when these women responded to gropes and catcalls with violence. From the 1890s to 1920s, anything a woman had handy—a parasol or an umbrella, a riding crop, a hand fan, a metal lunch box, or a long, slender steel hatpin—could become a righteous weapon against the so-called “masher menace.”