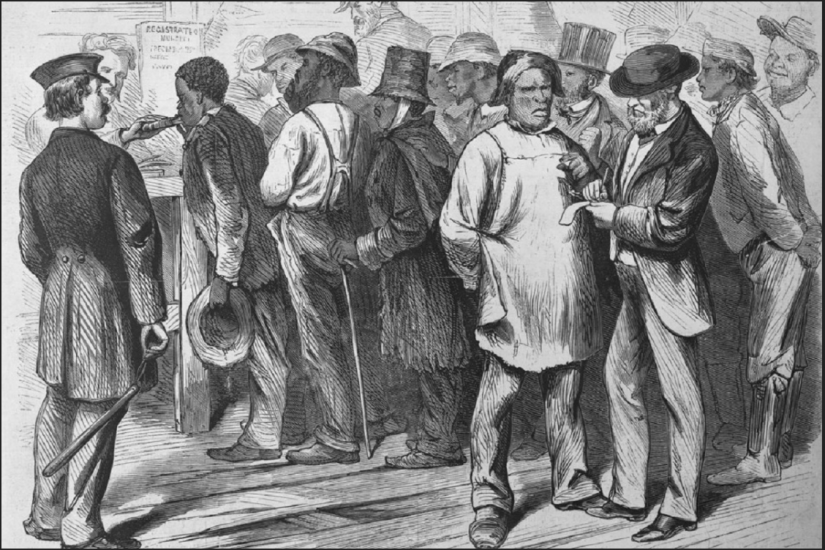 Last Friday, Virginia Governor Terry McAuliffe restored voting rights to more than 200,000 people with previous felony convictions. It’s a momentous stroke in both scope and effect; with an eye towards the 2016 races, The New York Times estimated its electoral impact as “small but potentially decisive.” But the significance of McAuliffe’s efforts goes far beyond a single election. It instead marks an exorcism for one of Jim Crow’s last vestiges in Virginia’s state charter—and a reminder of how many of its legal aftereffects still linger today.

Many of Jim Crow’s most pernicious aspects were swept away in a Second Reconstruction of sorts during the civil-rights movement of the 1950s and 1960s. But those efforts had little effect on the criminal-justice system and its role in enforcing white supremacy, both in the South and beyond it. Disenfranchising people with criminal convictions was one of many vote-suppressing tools deployed in the state’s 1902 constitution, which was explicitly drafted and ratified to destroy black political power in the Old Dominion.

The path to Virginia’s Jim Crow constitution began with its Reconstruction constitution. In 1868, delegates gathered to draft the state’s first constitution since the end of the Civil War. Led by John C. Underwood, a domineering federal judge and enthusiastic abolitionist, the convention produced a charter that guaranteed the vote to every 21-year-old male citizen, regardless of his race. (Convention delegates rejected Underwood’s efforts to include women’s suffrage, however.) Restrictions on the electorate were minimal. A set of clauses excluded only people convicted of corruption or treason, participants in duels, and “idiots and lunatics” from voting.

Virginians approved the “Underwood Constitution,” as it became known, by a wide margin in 1870. But their progress towards multiracial democracy only lasted a generation. Redeemer Democrats began to supplant Republican officeholders, both in Virginia and throughout the South, in the 1880s and 1890s. Once in office, they steadily repealed Reconstruction-era reforms and enacted Jim Crow laws aimed at suppressing black political power. Control of the Virginia General Assembly allowed them to pass restrictive election laws, but by 1900, those efforts culminated in an effort to eliminate the black franchise once and for all.