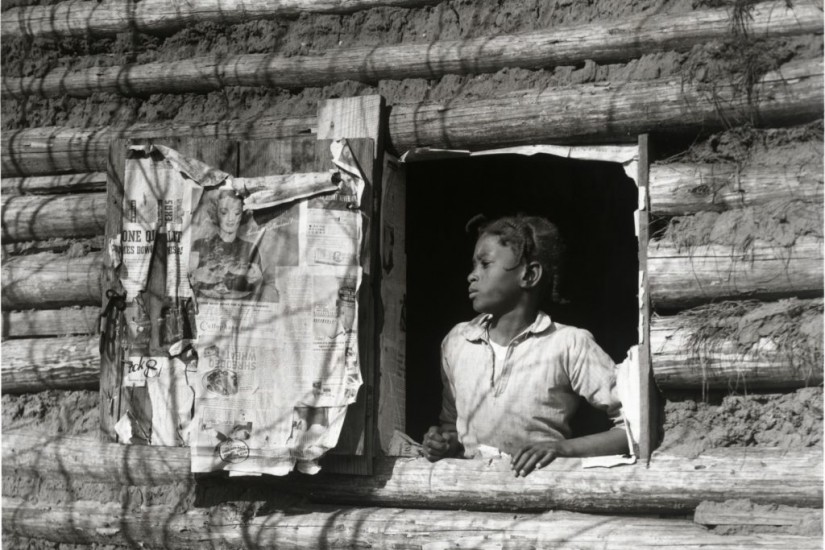 My grandfather is eighty-six years old and was born in Monticello, Mississippi. His voice, rich and sonorous, still sings of the Deep South. He is tall, though not as tall as he once was, and laughs vigorously when my six-month-old son grabs his thumb and attempts to chew on it. My grandmother is seventy-eight and was born in West Palm Beach, Florida. Her hair is a luminous silver, and she speaks with the gentle conviction of someone who has experienced several lifetimes in one. Both of their spouses passed away more than a decade ago. With each passing year I have become acutely aware of what it means to think of history not simply in its larger social or political contexts, but in terms of our families’ intimate histories. In an effort to dig into the archives that explain the history of this country, we can forget that the best primary sources are often right next to us.

As we stood before an exhibition documenting the Great Depression, my grandfather told me about his father, who worked as a waiter in a local hotel and was denied access to the benefits of Roosevelt’s New Deal that had been given to his white counterparts. For years he didn’t receive the assistance of Social Security that served as the catalyst of intergenerational wealth for millions of white families across the country. We passed the counters where black college students engaged in sit-ins, and he told me about what it meant to live in a country that would send you off to fight their war but wouldn’t let you eat lunch in their restaurants.

We approached Emmett Till’s casket, its bronze hue radiating under the museum lights. It sat open to show how it would have looked when Emmett’s mother, Mamie, chose to show the world what had been done to her son. I did not need to see the dead boy’s face to remember its tragic contortions. I did not need to listen to anything other than the softly buzzing light above us to hear Mamie Till’s unceasing sobs. My grandfather looked at the casket; his eyes moved unhurriedly across its frame. “He was killed in the next town over from where your grandmother and I lived. Only a few miles away,” he said without looking up.