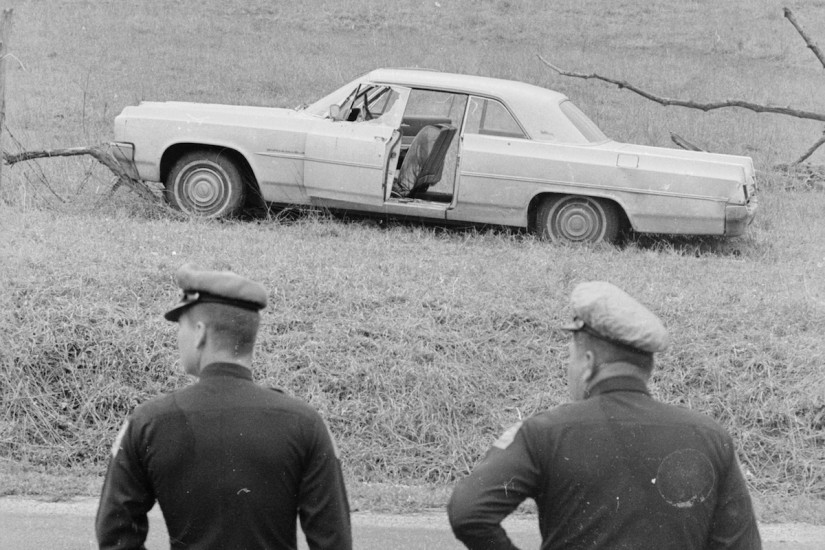 Two Alabama state troopers standing by the wrecked car of Viola Liuzzo, who was killed by members of the KKK after she participated in a civil rights march from Selma to Montgomery.
William Lovelace/Getty Images

It was her face that got me.

The woman who gazed from the photo in the Gary Post Tribune in April 1965 was blond and girlishly glamorous, wearing dark — I assumed red — lipstick. To my young eyes, nothing about her face belonged in an article about civil rights, or could be remotely connected to the movement-inspired mayhem my family often saw on the TV news.

The face belonged to Viola Liuzzo, 39, a wife and mother of five who’d left her family in Detroit to drive to Alabama to march with Martin Luther King Jr. And now she was dead, shot after ferrying protesters in her car with a “Negro man,” as African Americans were referred to then. I couldn’t make sense of it. Didn’t Liuzzo know about the water hoses and German shepherds being unleashed on people crazy enough to demand equal rights? Hadn’t she seen the snarling white faces on TV, so monstrously contorted with rage that even young black kids like me had to wonder, “Why do they hate me?” Liuzzo’s concern for Negroes meant her children were now motherless, a fact that had to be as unthinkable for them as it would have been for me. Would they hate me, too?

I thought of four other kids — girls barely older than me, blown up in a Birmingham church bombing two years earlier though they couldn’t possibly have hurt anybody. I remembered the three young civil rights workers — two white and one black — buried in a Mississippi dirt pile the previous year. But they were men — people I expected to take risks.

Viola Liuzzo was a woman — and white. She was cute. She was a mom. Suddenly I knew the monsters could kill anyone. More shockingly, Liuzzo had voluntarily put herself in a position where she could be attacked, even killed, for helping people who looked like my family and me — people she didn’t even know. Her enormous sacrifice suggested there were people in this country far better than the newscasts suggested. And if a white mom with everything to live for would risk death for me, maybe I mattered more than even I had dared to imagine.