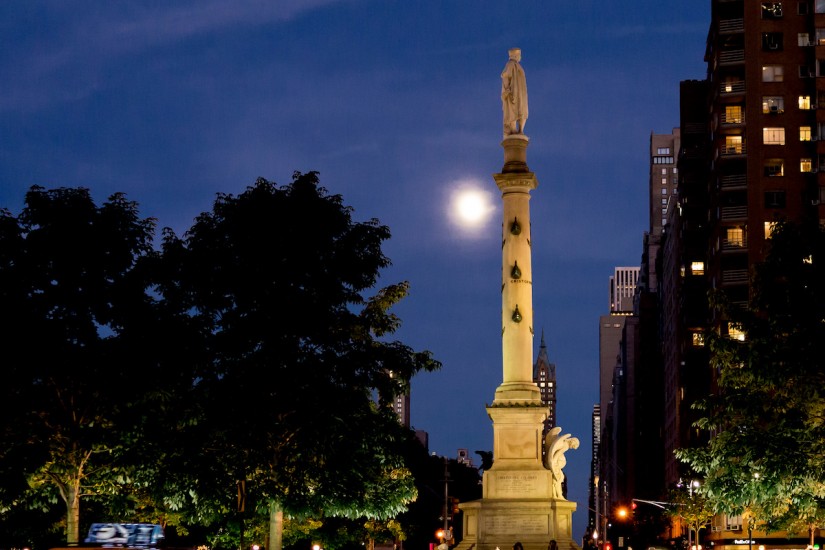 But the famous memorial, donated to the city by immigrants in 1892, the 400th anniversary of Columbus’s first voyage, has now been caught up in the nationwide controversy over the meaning of history, the purpose of public monuments, and the troubling connections many have to the country’s history of white supremacy.

“But for me it’s personal, I take it personal,” says Guagliardo. For him, the history of the monument itself recalls a time when Italians were considered an inferior, darker-skinned minority and its immigrants had to fight to become part of what they saw as the promise of America.

“My grandmother always told me that Christopher Columbus was a voyager, that he took a journey, the same way my grandparents did, on both sides. She never said he was a saint, she never said he was perfect,” he continues. “Just like him, they didn’t know where they were going, they didn’t know what they were headed toward in a new world. She thought if you push beyond your own limitations, you’ll be successful, you’ll succeed.”

The controversy over the history of Columbus’s legacy is hardly new, but after the deadly events of Charlottesville, Va., in August, when groups of white nationalists and Neo-Nazis held a “Unite the Right” rally to protest the removal of a statue of Robert E. Lee in a public park, the stakes have been raised in ways Guagliardo never imagined.

Later this month, a mayoral advisory commission will conclude a 90-day review of what Mayor Bill de Blasio called an effort to remove “all symbols of hate on city property,” and offer recommendations about the fate of the Columbus monument and other controversial memorials in the city.