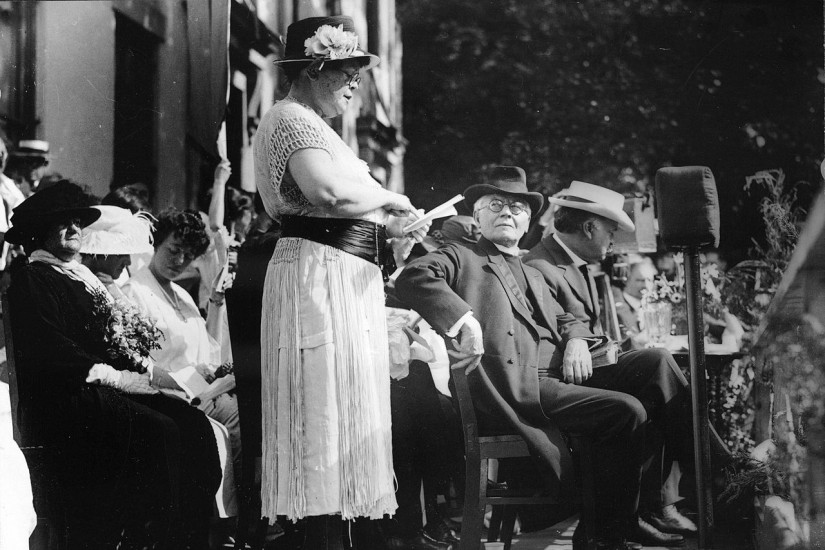 When there’s a charitable or political cause, there’s often a celebrity who has taken it up. Elizabeth Taylor was a tireless campaigner to fight AIDS. More recently, Mark Ruffalo has used his fame to try to stop fracking, and Angelina Jolie has advocated on behalf of refugees. Appearance matters: When well-known people attempt use their prominence for good, it can elevate a cause in a way that money or grassroots activism can’t always muster.

How did it come to be natural for celebrities to lend such support? And when was it proven that a famous face could help make a movement successful? According to Johanna Neuman, a former reporter for the Los Angeles Times, it goes back to the women’s suffrage movement. In researching her recent book, Gilded Suffragists: The New York Socialites Who Fought for Women’s Right to Vote, Neuman dug through archives and discovered that the decades-long battle to pass the 19th Amendment wasn’t all Susan B. Anthony and Elizabeth Cady Stanton and Carrie Chapman Catt: There was also a vital assist from a generation of New York socialites who both funded the movement and lent their celebrity to the cause at a time when it needed the attention.

These women were celebrities—the Kim Kardashians of their day—but are now remembered by few. I spoke with Neuman recently, and asked her how the story of these all-but-forgotten women can illuminate the relationship between traditional activists and the donors they need to accomplish their work. The conversation that follows has been edited for length and clarity.