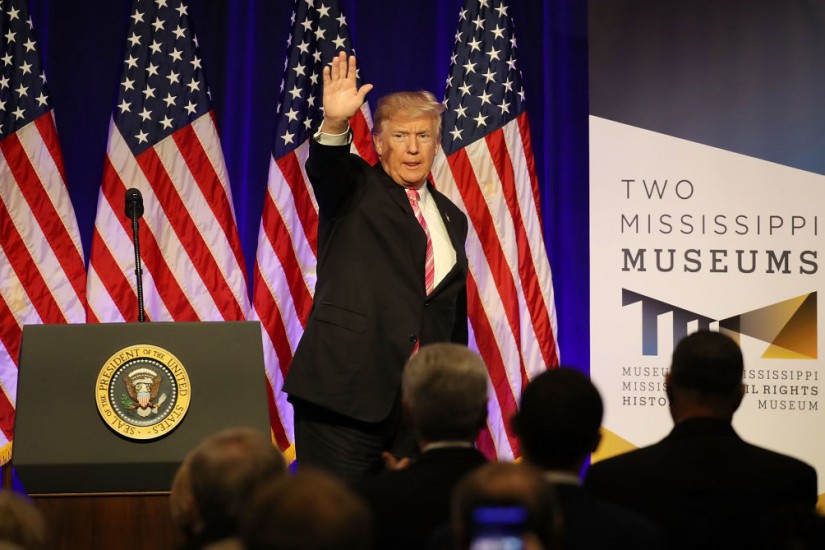 The president is coming to America’s poorest, blackest state to open a civil rights museum on Saturday, and people in the neighborhoods surrounding that gleaming tribute to the past would rather have Donald Trump visit their present.

“It’s hostile now, more hostile than in a long, long time,” said Pete McElroy, who employs three men at the auto repair shop that has been his family’s business for three generations. “People almost boast about it: ‘We got our man in the White House, and this is the way the ball’s going to roll now.’ ”

Three miles from the Mississippi Civil Rights Museum, over rutted roads, past littered lots, abandoned houses, and shuttered plants and warehouses, McElroy, 69, and other black residents of this struggling capital city say that after nearly a year of the Trump presidency, they have a definitive answer to the question candidate Trump posed when he spoke at a rally in Jackson in August last year.

“What do you have to lose?” Trump asked, making a quixotic and ultimately failed bid for black votes to a nearly all-white crowd.

“We’re losing a lot,” McElroy said here this week. “Losing Obamacare. Where are people going to go? Losing money. He’s making the rich richer and the poor poorer. Mostly, we’re losing respect. No way you can evade that. The way he speaks, the racists feel like they can say anything they want to us.”