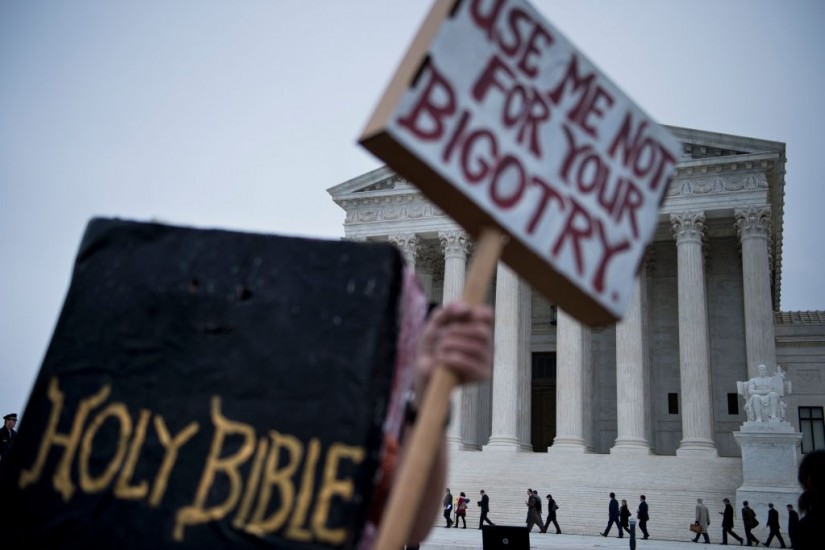 Religious freedom has been weaponized so frequently in civil liberties debates because of the cultural and constitutional weight it carries. Such appeals have the potential to reshape cultural and religious worlds: to make a group’s political convictions and cultural practices appear more “religious,” or more central to their religion, than they otherwise might have been. For this reason, the scope and meaning of religious freedom have been constantly contested throughout American history — for every group would like to use this powerful value to protect its other beliefs. Which is why religious freedom must always be balanced against other American ideals, lest we allow it to trample on other deeply held values.

In the 19th century, slaveholders and their sympathizers defended slavery by pointing to its presence in the Bible as evidence that it fit within God’s plan for social order. They also interpreted biblical stories like those about Cain and Abel and the supposed “curse of Ham” as proof that God had made “Negroes” to be slaves.

They thundered that abolitionists were distorting the Bible and threatening the Christian social order of the South. Such extremists, they argued, had no right to impose their own distorted and dangerous orthodoxy on everyone else.

Proslavery leaders employed the language of religious freedom because this principle carried significant cultural value. In so doing, they solidified (or even forged) their own view of slavery as a central religious concern.

It took the Civil War to shatter the notion, shared by many white Northerners and Southerners alike, that religious freedom was a reason to avoid anti-slavery action.

After the war and the years of Reconstruction ended, white Southerners and the Northerners who wanted to reestablish social and economic ties with them updated these older proslavery ideologies to support an emerging Jim Crow regime of racial segregation. Preachers, politicians and pundits developed a segregationist folk theology that defended the reconstituted Southern racial order as divinely ordained: God had created the races separate and did not intend for them to mix.

Through the civil rights period and beyond, this theology enabled segregationist appeals to religious freedom — and shaped a distinctive white racial Christianity in the process. Much like their proslavery predecessors, 20th-century segregationists argued that the civil rights movement was trying to impose an alien, anti-Christian, even communistic ideology that would destroy the Christian racial order of the South.