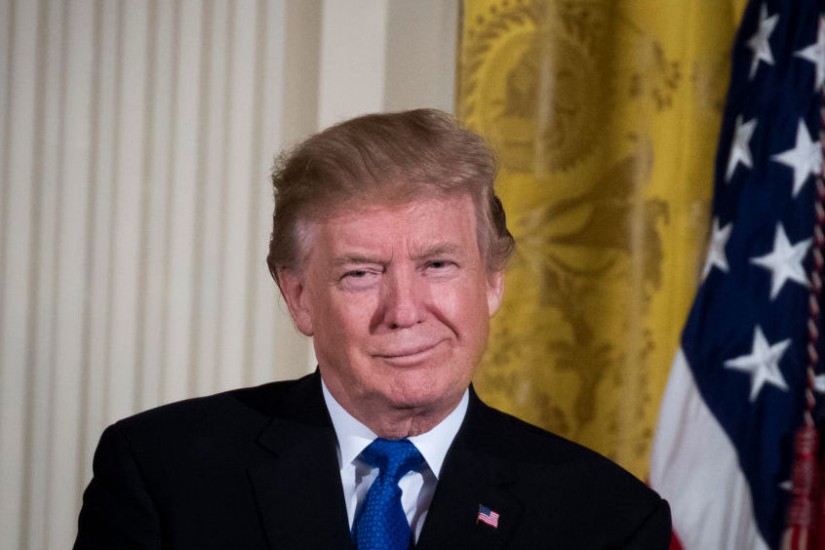 Imagine how future historians might try to summarize 2017: A U.S. president, his family and his political aides came under investigation by a special counsel for possibly helping a foreign government meddle in the election. Talk of impeachment swirled through Congress, where the fracturing Republican Party was in the midst of an identity crisis—and the Democrats were, too. Twitter became a source of official U.S. policy. A wave of sexual harassment allegations took down U.S. senators and congressmen, top judges and reporters, and high-profile political candidates—but not the president, who had been caught on tape admitting to grabbing women “by the pussy.” We learned that the Pentagon has secretly been studying UFOs. All while the leaders of North Korea and the United States exchanged threats to rain down nuclear “fire and fury like the world has never seen.”

But as unbelievable and unprecedented as this year seemed, how wild was it really? Does it come in at No. 1 in the pantheon of American political chaos? Or, alongside the civil wars, assassinations, race riots and Watergates, does it not even rank? We asked some of the nation’s smartest historians to tell us whether 2017 was indeed the craziest year in U.S. political history, and, if not, what year’s got it beat. Here’s what they had to say. —Elizabeth F. Ralph

***
‘2017 has its own unmatched attributes’
Robert Dallek is the author of Franklin D. Roosevelt: A Political Life.
Twenty-seventeen is certainly one of the most distressing years in American presidential history. Of course, it cannot match 1861, when the United States was tumbling into a civil war and Abraham Lincoln found himself helpless to prevent a conflict that would take more American lives than in any other bloodletting in U.S. history.
But 2017 has its own unmatched attributes.
…
View on Politico Magazine
View Connections