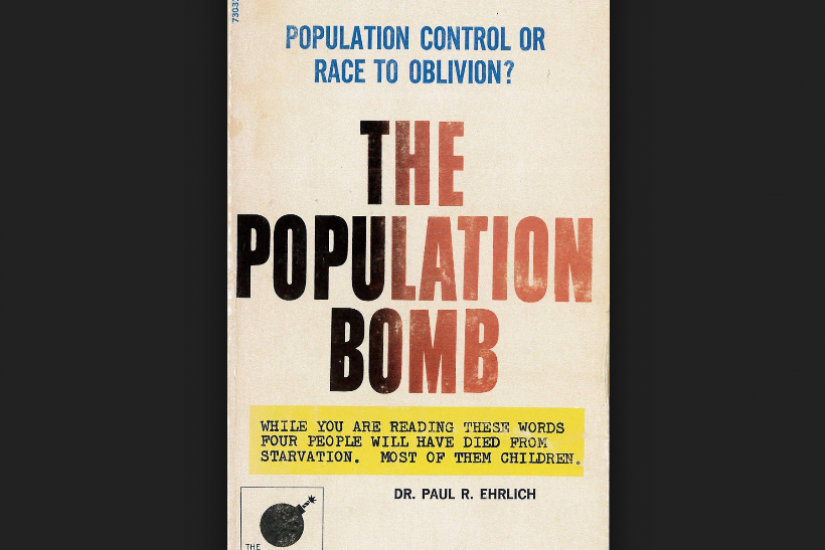 As 1968 began, Paul Ehrlich was an entomologist at Stanford University, known to his peers for his groundbreaking studies of the co-evolution of flowering plants and butterflies but almost unknown to the average person. That was about to change. In May, Ehrlich released a quickly written, cheaply bound paperback, The Population Bomb. Initially it was ignored. But over time Ehrlich’s tract would sell millions of copies and turn its author into a celebrity. It would become one of the most influential books of the 20th century—and one of the most heatedly attacked.

The first sentence set the tone: “The battle to feed all of humanity is over.” And humanity had lost. In the 1970s, the book promised, “hundreds of millions of people are going to starve to death.” No matter what people do, “nothing can prevent a substantial increase in the world death rate.”

Published at a time of tremendous conflict and social upheaval, Ehrlich’s book argued that many of the day’s most alarming events had a single, underlying cause: Too many people, packed into too-tight spaces, taking too much from the earth. Unless humanity cut down its numbers—soon—all of us would face “mass starvation” on “a dying planet.”

Ehrlich, now 85, told me recently that the book’s main contribution was to make population control “acceptable” as “a topic to debate.” But the book did far more than that. It gave a huge jolt to the nascent environmental movement and fueled an anti-population-growth crusade that led to human rights abuses around the world.