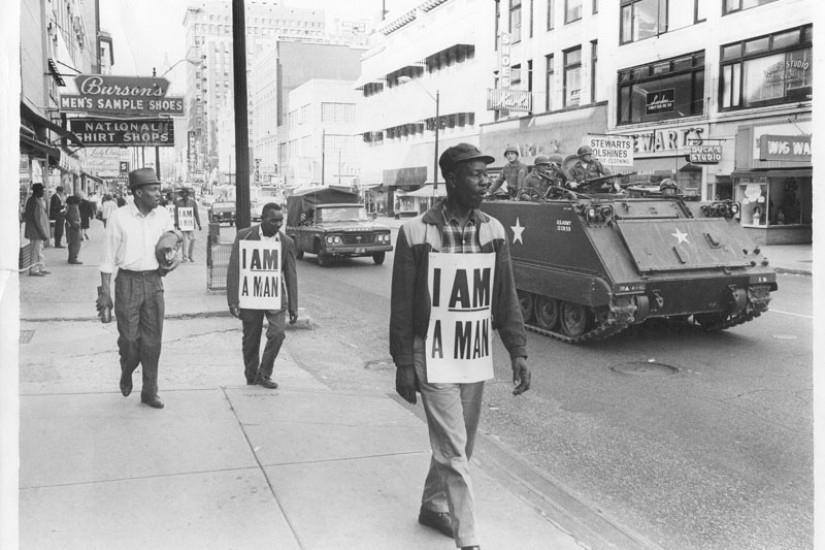 The way it used to be is now legendary: Sanitation workers, treated like casual laborers, who had to show up whether there was work or not, dragged 55-gallon drums or carried open tubs of garbage to the truck. The Number 3 tubs would often leak onto their shoulders; people didn’t use plastic bags in those days. The workers had no uniforms and no place to wash up after work.

“They were the lowest of the lowest in the pecking order,” Fred Davis, a former city council member, told me. “When a kid wanted to put somebody down, they’d refer to their daddy being a sanitation worker.” Workers made about a dollar an hour. Things were so bad in 1968 that, after two workers seeking shelter from rain were accidentally crushed to death inside a truck with a faulty switch, the sanitation workers organized a strike.

A few of those workers are still alive, and a handful actually still work in sanitation. After the strike, most decided to abandon the city’s pension plan and trust in Social Security; the decision turned out to be a mistake. Still, it was something of a surprise last summer when the city announced it would make cash payments of $50,000, tax-free, to each sanitation worker who had been on the job at the end of 1968 and had retired without a pension. (The city council increased the amount to $70,000.)

Mike Griffin isn’t old enough to benefit but he approves: “I think it’s beautiful. They worked hard and they deserve it.” His brother-in-law, who retired from sanitation last year and is sick, will qualify, he thinks: “It’s gonna help him out a lot.”

I ask Griffin about a doubt I’ve heard others express—whether, after almost 50 years, $70,000 is actually enough. He pauses to think about it. “Well, maybe it should be more,” he answers.

The Memphis sanitation workers’ strike is remembered as an example of powerless African-Americans standing up for themselves. It is also remembered as the prelude to the assassination of the Rev. Martin Luther King Jr.