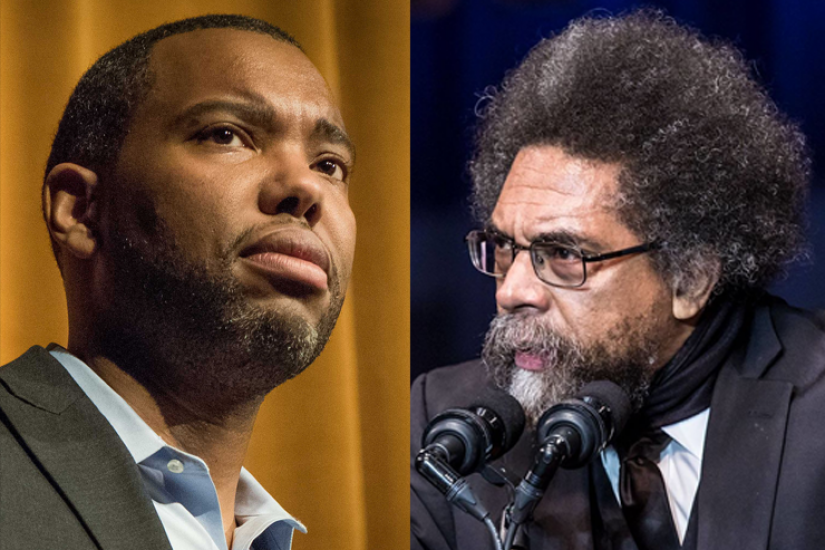 West’s position should not surprise anyone, nor should his ideas be reduced to a couple of interviews and a short piece in the Guardian. He has always combined the black prophetic tradition of speaking truth to power with what he identifies as the anti-foundationalism of young Marx—a critical observation central to West’s book, The Ethical Dimensions of Marxist Thought (1991). West’s Black Prophetic Fire (with Christa Buschendorf, 2014) consists of dialogues that consider the lives and work of black prophetic figures, including Frederick Douglass, W. E. B. Du Bois, Martin Luther King, Jr., Malcolm X, Ida B. Wells, and Ella Baker. His insights into these figures are acute and often original, and he refrains from hagiography. For example, he is sharply critical of Douglass, whom he castigates for his relative silence on Jim Crow once he became a fully enfranchised and powerful voice in the Republican Party. The book also contains a subtle indictment of President Barack Obama, implying that his two terms as president, and the emergence of a black neoliberal political class, represent a betrayal of the principles basic to the black prophetic tradition. His criticisms of President Obama are not personal but directed at policies that reflected both the neoliberal turn and the persistence of U.S. imperialism.

Coates found his calling during a particularly combative period for black intellectuals. In March of 1995, West was the target of a scurrilous attack by New Republiceditor Leon Wieseltier, an essay promoted on the issue’s cover with the headline “The Decline of the Black Intellectual.” A month later Adolph Reed, Jr., followed with a piece in the Village Voice titled, “What Are the Drums Saying, Booker?: The Curious Role of the Black Public Intellectual” which names West, Michael Eric Dyson, Henry Louis Gates, Jr., bell hooks, and yours truly. In the essay, Reed characterizes us as modern-day minstrels and attacks us for being “translators” of black culture to white folks, and thus palatable to fawning white liberals. Reed’s piece left a deep impression on Coates. As he recalls in We Were Eight Years in Power, “I was determined to never be an interpreter. It did not occur to me that writing is always some form of interpretation, some form of translating the specificity of one’s roots or expertise or even one’s own mind into language that can be absorbed and assimilated into the consciousness of a broader audience. Almost any black writer publishing in the mainstream press would necessarily be read by whites. Reed was not exempt. He was not holding forth from The Chicago Defender but from The Village Voice, interpreting black intellectuals for that audience, most of whom were white.”