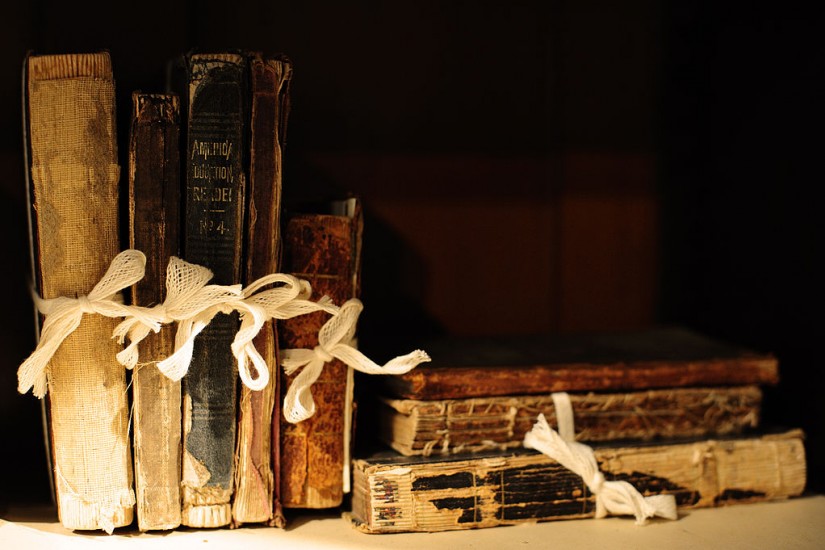 A collection of books from the Basking Ridge Historical Society.
William Hoiles/Wikimedia
…

When I explain my job to people, I reflexively emphasize that I am in no way a real historian, as though I’m afraid someone will accuse me of thinking that the books I write have any pretension to being works of real historical scholarship. But as I was working on my most recent book, I found myself entertaining a strange and disquieting thought. Maybe I am a historian. The say history is written by the winners, but on a more immediate level, history is written by people who write history. I’ve written fourteen books at this point, with a fifteenth on the way. All fourteen of my books are available on Amazon. At least one of them has, incredibly, become a bestseller. They’re e-books, so they possess the eerie and intangible permanence of all digital media. Is it possible that I have placed myself in the absurd position of having a small but discernible role in shaping the historical record—not because I have any right to do so, but simply because of the sheer volume of my output and the nature of digital media? If anything, I thought I might be ensuring the enduring impact of my writing by bringing literary sensibility rather than scholarly rigor to bear on my subjects. Our modern concept of Julius Caesar, for instance, has been shaped less by Plutarch than by Shakespeare, who was also in no way a real historian. Parson Weems’s largely fictitious biography of George Washington created our image of our country’s founder as a boy so honest he could not lie about chopping down a cherry, a man so strong that he could throw a coin across the Potomac. Dubious histories are nothing new in the history of the world—if anything, they are often more enduring than the alternative.

…
View on The Rumpus
View Connections