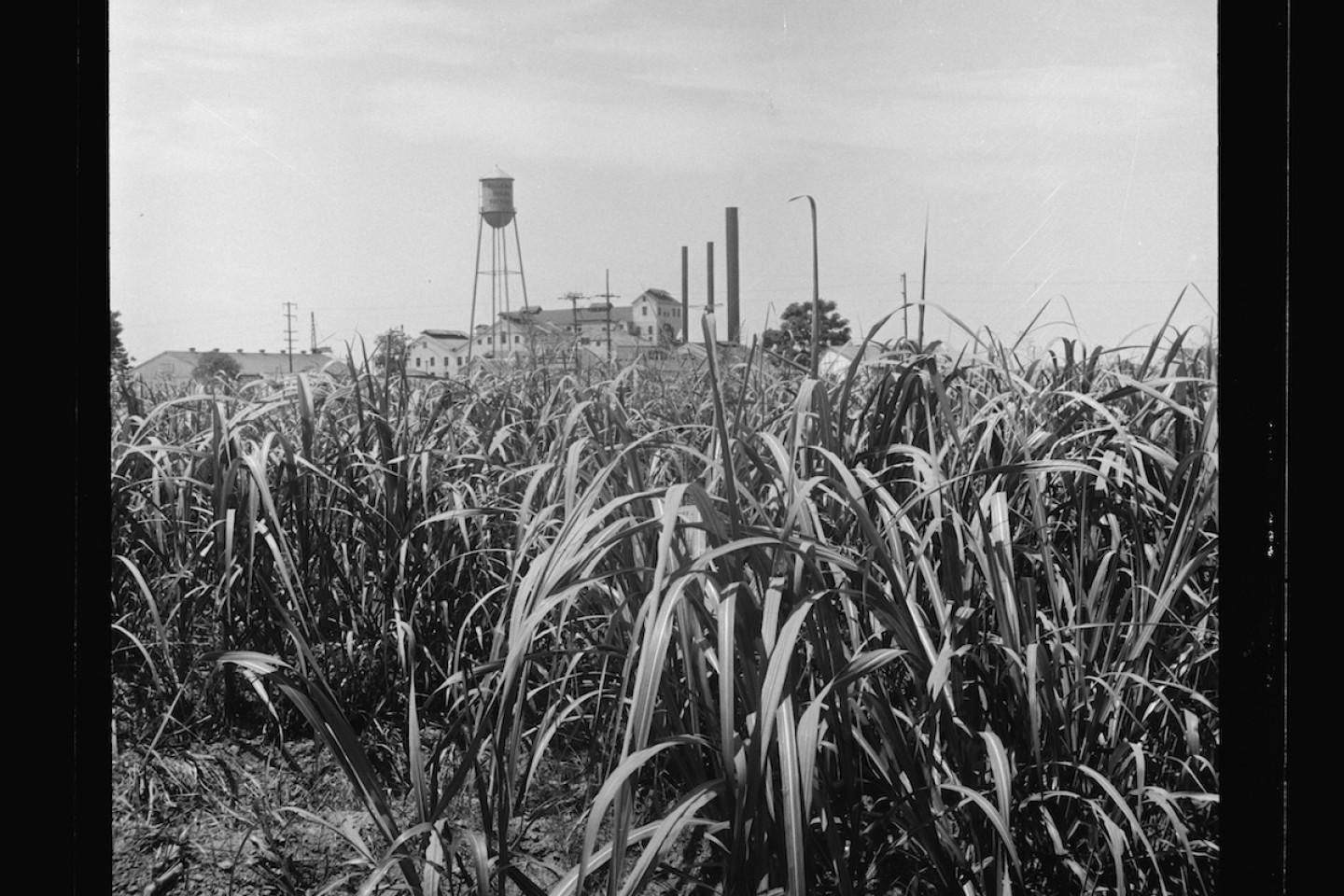 When not working on Bunk, I’m writing a book on the American sugar empire in the late 19th century. In the course of that project, I have read more historical studies and archival documents than I can possibly count or remember. I have studied refineries in New York, cane workers in Hawai’i, beet fields in California, agricultural experiment stations in Puerto Rico. I thought I knew a lot about sugar in America. Then I met Dan Gutleben.

I came across his name in 2010, while reading (as one does) an annotated bibliography of the sugar industry. The bibliography listed two of his publications amid the usual parade of chemical handbooks, agricultural references, machinery manuals, and guides to the various diseases that afflicted cane or beets.

Who was this guy?

Gutleben, our bibliographer wrote, had “methodically accumulated all kinds of facts, history, legends, biography, lore, anecdotes and tall tales” about sugar in the United States and Canada. To suggest Gutleben had a “method,” however, did not quite do justice to the description of his efforts that followed:

His travels are said to have amounted to more than 120,000 miles by automobile from one corner of the land to the other, as he visited the site of every sugar factory that ever existed on the American continent.

Even to a fellow scholar of sugar, that odometer reading seemed like a stretch. So did this:

The result of all this work is a compilation in 27 volumes of millions of words. Copies of the Sugar Thesaurus have been deposited at the Franklin Institute Library in Philadelphia, Pennsylvania, and in the Library of [U.C.] Berkeley.

Gutleben’s self-published journal, the Sugar Tramp, was described as “a serial published at irregular intervals,” and compared to its big brother the Thesaurus, “a more widely distributed and more compact and concise collection of facts and stories.” The bibliography listed three examples, published in 1950, 1954, and 1963.

The first issue (176pp.) covered Hawai‘i and California, under the ominous title “The Oxnard Beet Sugar Factory, California: The Last Chapter.” The second was 276 pages entirely about Michigan. And the 1963 release, titled “Ohio, M.S.G., Indiana, Illinois” (314pp.), detailed sugar in those three states alongside—without explanation—“an account of the manufacture of monosodium glutamate.” To be honest, “irregular” is polite: I’ve found just one additional issue, from 1947.

As anyone who’s read Sidney Mintz’s book Sweetness and Power knows already, the subject of sugar can be a scholar’s dream. It’s a crop and a foodstuff that seems to link every conceivable theme of modern history. And for future scholars of sugar, the resources Gutleben collected are priceless. He preserved photographs, ephemera, and documentation that can’t be found anywhere else, and, in the case of testimonies and oral histories, that wouldn’t have existed at all without his personal intervention.

Gutleben amassed so much material that his archive has developed its own historical gravity. The most compelling thing about the 27 volumes of the Sugar Thesaurus and the thousand-ish pages of the Sugar Tramp isn’t what they contain, but that they exist at all. Who would spend a quarter-century of retirement driving 40 times across the United States, simply to collect sugar miscellany? That question struck me as far more compelling than anything—or even everything—Gutleben actually collected.

The bibliographer, it seems, shared my curiosity. His sketchy entries efficiently cast Gutleben as a combination of the semi-mythic and semi-comic, whose journeys “are said to have amounted to more than 120,000 miles.” “Are said”? By whom? What ballads recount the exploits of Dan Gutleben?

If anyone spread tall tales of Gutleben’s exploits, it was probably the sugar tramps themselves, the engineers whose careers took them from sugar house to sugar house. A common pattern was to spend sugarcane grinding season in the Caribbean, and migrate to mainland North American beet fields for the remaining months. Whenever tramps crossed paths, they would swap stories, techniques, and innovations, and exchange news about the peregrinations of their cohort.

Gutleben had tramped around for most of his career. He began in 1899 with a sugar house in Nebraska, then worked for a series of sugar-factory construction firms that eventually took him to San Francisco. He stayed there until 1921, when he moved to Philadelphia as engineer of the Pennsylvania Sugar Company. On leaving California, Gutleben began sending “composite letters” to a fellow engineer named Harry, cc’ing other members of their profession. These “Dear Harry” letters were “an opportunity for capturing facts, traditions, anecdotes, episodes, unusual factory experiences, biography and even tall tales.” After Harry’s passing, the letters became the Sugar Tramp.

It is not entirely clear to me where Gutleben found the time to research and write these long letters while working for the Pennsylvania. Upon his retirement in 1945, he boasted to Charles A. Browne—another sugar chemist who had devoted his retirement to historical work—that he had worked over 20 years with only five sick days. Now that he was freed from his engineering duties, he reported, he would be able to devote his full attention to the circulars. Yet despite his intention, expressed in “Michigan,” to produce a Tramp for every state in the Union, I’ve only been able to find those four issues.

In the Sugar Tramp, Gutleben calls himself the Chronicler, and the Tramp is a chronicle both of the history of sugar in America and of the chronicler’s own journey to uncover that history. Issues of the Tramp are almost always structured around the trips that he and his wife took, with Gutleben cheerfully and relentlessly recounting the places he visits, the people he meets, and the stories about whatever tangential subjects cross his mind. No detail is too small to include. It is hard to believe that anyone except Gutleben ever edited these diaries before publication. His favorite transition is “Anyhow.”

One of the endearing things about Gutleben’s chronicle is how self-referential it is, how his historical project is as much about the project as the history. The Tramp sometimes includes passages of Gutleben narrating his collations of notes about the sugar factory he has just described visiting on the previous page.

Gutleben deposited collections of his research material across the continent. There are “Gutleben Papers” in archives in Minnesota, Michigan, California, Colorado, New York, and Maryland, at the very least. Some of these collections are just a few inches thick, while others include dozens of boxes and folders. The jewel is the Thesaurus, which he described as a stack of 8.5x11 notebooks 12 feet high (a claim I have not personally verified).

The papers contain more than simply Gutleben’s categorized collections of industry material. They also include Gutleben’s own notes, his letters to correspondents and informants, and his requests for additional items. At the Denver Public Library, for instance, the “Gutleben Papers” consist entirely of seven letters exchanged between our hero and the library staff. The copies of the Tramp at the University of Michigan’s historical collections are marked “Compliments of Dan Gutleben.” Such auto-archiving raises a question: can a person donate their correspondence with a library to that same library and make it into a collection by doing so? And also this: at what point does the enormous quantity of facts, fables, and clippings that Gutleben assembled become valuable not simply for “future searchers,” but for its own strange sake?

Gutleben himself occasionally felt the need to explain his compulsion for sugar ephemera. It was he who claimed that he “and his good wife” drove over 100,000 miles and visited every “dead or alive” beet sugar factory. “There is no commercial significance in this activity,” he confessed in the introduction to the 1954 issue. “Its purpose is to supply a robust hobby and the will to live for a superannuated sugar house engineer and to provide some edification for fellow craftsmen.”

Given his background in engineering, it’s no surprise that Gutleben’s history is one that emphasizes machines, innovations, and acreage. But chemists, engineers, managers, and superintendents are the heroes. In his own retirement, Gutleben hoped that the Sugar Tramp would keep his former “fellow craftsmen” up to date about each other, replacing the stories they used to exchange as they encountered one other in their travels. In 1962, for his labors, the chiefs of the industry named him “Sugar Man of the Year.”