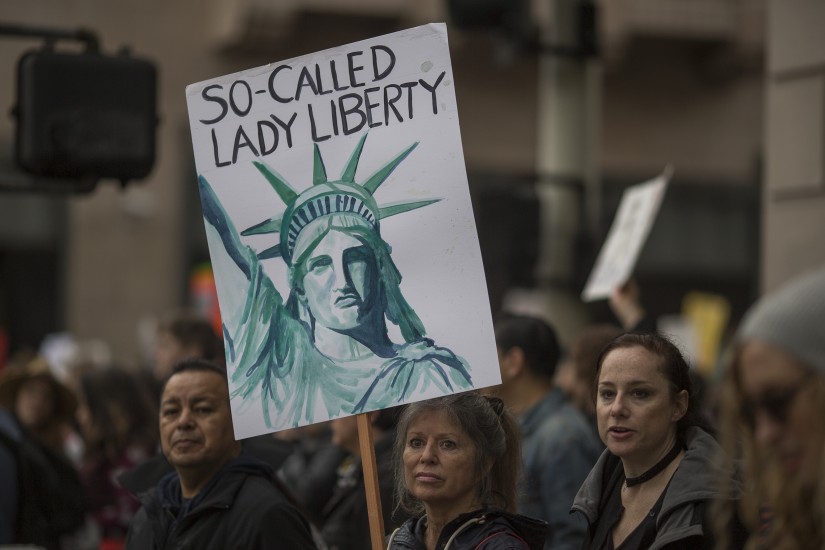 For example, the Japanese government immediately protested the humiliating American proscription on immigration. Secretary of State Charles Evans Hughes, the American ambassador in Tokyo (Cyrus Woods), the Japanese ambassador in Washington (Masanao Hanihara), and even President Coolidge opposed the enactment of Japanese exclusion, but public and congressional nativism triumphed over warnings about the possible diplomatic repercussions. When the Japanese exclusion clause went into effect it was followed by ambassadorial resignations, protests on the streets of Tokyo, boycotts of American goods and even suicides in Japan. This indignity is seen as a turning point in the growing estrangement of the U.S. and Japan, which culminated in the 1941 attack on Pearl Harbor.

In defending the Executive Order, Trump administration officials may turn to claims of sovereignty, as senior policy adviser Stephen Miller did during an interview on Fox & Friends on Monday, insisting that the United States has an “absolute sovereign right” to control immigration. Yet, even if the U.S. does have such a right, such appeals will not change the fact that exercising that right without caution can materially damage American interests and relationships abroad, just as it did during the United States’ prior dalliances with restriction. Senators John McCain and Lindsey Graham have warned of the threat the Executive Order poses to ongoing counterterrorism efforts, and an extraordinary number of active State Department personnel have now joined them in making known their view that the policy will hurt American interests abroad.