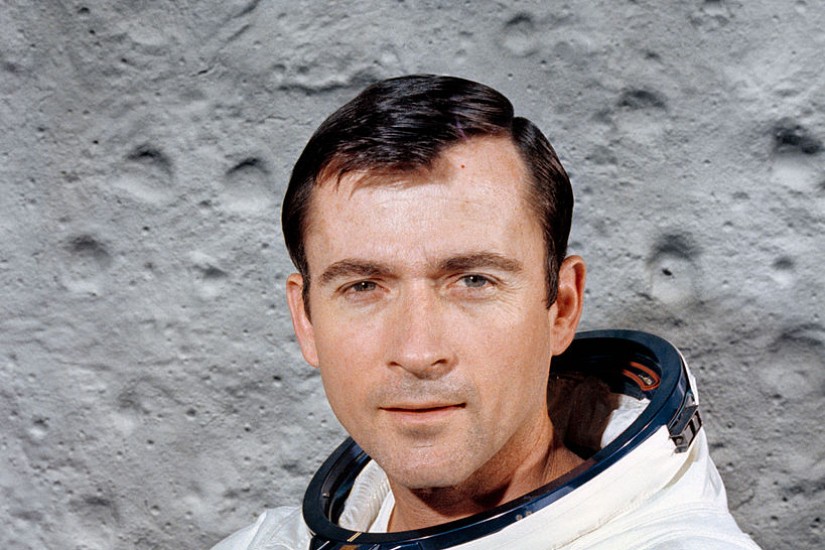 CNN is reporting that John Young—one of the most celebrated astronauts in the history of American spaceflight—has died today, at the age of 87. It would be hard to overestimate Young’s influence on the NASA program; as the organization’s longest-serving active astronaut, he flew on the Gemini missions, piloted the Space Shuttle, and is one of only three people who’ve ever been to the moon on two separate occasions. Despite those storied accomplishments, Young never got as much name recognition as your Neil Armstrongs or your John Glenns. But he does hold one absolutely amazing record that deserves to be memorialized today, in a spirit of acknowledging the importance of playfulness (and hunger) in humanity’s journey toward the stars: He was the first man to get yelled at by Congress for smuggling a corned beef sandwich into space.

The inciting incident in question occurred on March 23, 1965, while Young and fellow astronaut Gus Grissom were orbiting the Earth as part of the Gemini 3 mission. The duo were meant, in part, to be testing how astronauts might be able to eat in space; hence Grissom’s slight surprise when his co-pilot suddenly pulled an unauthorized corned beef sandwich out of his pocket. Here’s the official NASA transcript, which we can’t believe hasn’t been made into a movie yet:

Grissom: What is it?

Grissom: Where did that come from?

Young: I brought it with me. Let’s see how it tastes. Smells, doesn’t it?

Grissom: Yes, it’s breaking up. I’m going to stick it in my pocket.

Young: It was a thought, anyways.

Young: Not a very good one.

Grissom: Pretty good, though, if it would just hold together.